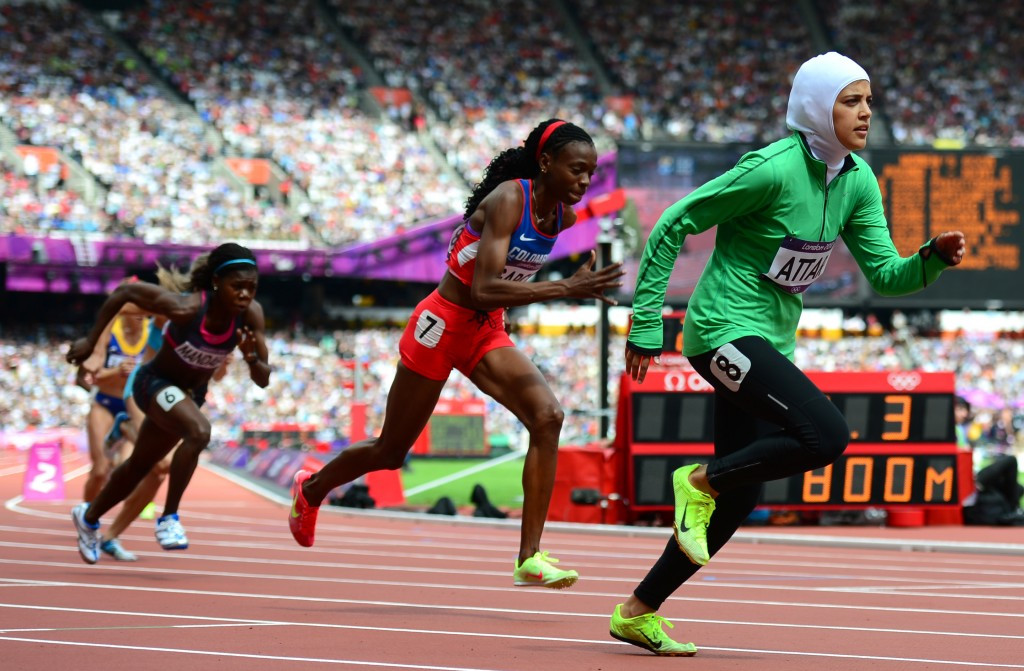 Saudi Arabian women are expected to take part in the Olympic Games for just the second time after four female athletes from the kingdom were named as part of their team for Rio 2016.

According Reuters, a spokesperson said Sarah Attar, Lubna Al-Omair, Cariman Abu Al-Jadail and Wujud Fahmi will be given wildcard entries to participate in next month’s event in the Brazilian city.

It means they will not have to go through a formal qualification process and will be cleared to follow in the footsteps of two athletes - 800 metres runner Attar and judoka Wojdan Shaherkani - who represented the gulf nation at London 2012.

Attar, who is now 22, finished last in the sixth heat of the 800m qualification, while Shaherkani suffered defeat in 82 seconds to Puerto Rico’s Melissa Mojica in her first round under-52 kilograms clash.

Al-Jadail looks set to compete in the 100 metres while Omair is braced to enter the fencing tournament.

Fahmi will also hope to realise an Olympic dream when she takes to the mat in the under 52 kilograms judo competition.

Saudi Olympic Committee (SOC) chief executive Hosam Alqurashi had admitted the announcements over male and female selections had to be revealed separately due to the issues with gender segregation.

In fact, the four women were not named by the SOC on the official team as only the seven male competitors were listed.

World Taekwondo Federation (WTF) President Chungwon Choue claimed last year that a female taekwondo player was likely to participate at Rio 2016 but his efforts have not materialised.

It came after criticism of the lack of Saudi participation in female sporting events in recent years, and with gender equality a key part of the Olympic Charter, there had been calls for the Gulf kingdom to be banned from London 2012 unless the policy changed.

Until the Games in London four years ago, the ultra-conservative Muslim kingdom, which made its debut in the Olympics at Munich in 1972 it has only ever sent male competitors to the Games.

Saudi Arabian women often face difficulty when trying to compete at international sporting events and endure trouble in other walks of life.

They have to be given permission by male guardian to travel, study or marry and are strictly ordered to be covered in head to toe.