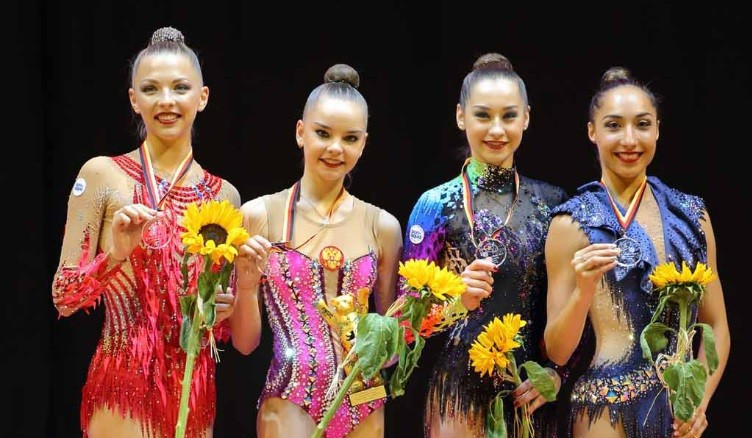 Averina scored a total of 74,050 points across the four disciplines to top the podium ahead of Belarus’ Melitina Staniouta, a five-time World Championships silver medallist.

Staniouta, who will head to the Rio 2016 Olympic Games with decent medal prospects, narrowly missed out on gold as she recorded 73,900.

Salome Pazhava of Georgia, who finished third in the ribbon competition at the inaugural European Games in Baku last year, and Katsiaryna Halkina of Belarus couldn’t be separated as they shared bronze.

The two gymnasts were locked on a score of 73,150 to ensure both took home a bronze medal.

Ukraine’s Ganna Rizatdinova, world champion with the hoop in 2013, finished in a disappointing fifth place at the competition in the German capital, the last major rhythmic gymnastics event before Rio 2016.

Averina was consistent throughout the day’s action as she was rewarded the second-highest score in three of the four apparatus.

The 17-year-old Russian’s routine with the hoop was given 18,800 points by the judges and she followed that up with 18,700 using the ball.

Averina’s best score of the day came with the clubs as her performance yielded 18,900 points.

She was fortunate that an uncertain display with the ribbon didn’t end up costing her the gold medal as she could only manage 17,650, the fifth-best score posted on the day.

In the group five ribbons and six clubs/two hoops qualification round, Japan topped the standings with a total of 35,900.

Ukraine and Finland both finished second on 34,800 ahead of hosts Germany, who managed 34,000.