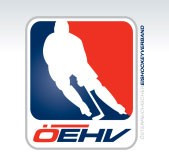 Gernot Mittendorfer has replaced Dieter Kalt as President of the Austrian Ice Hockey Federation (OEHV) at its 71st General Assembly in Velden am Worthersee.

Kalt had held the post since 1996 but stood down following the end of his latest four-year mandate.

He had been involved with the OEHV for 40 years.

"As the team leader for the national team I was responsible for our sport development.

“In 1996 when then President Hans Dobida retired, I was elected to be the next President.

"Four years ago, in the last election of the OEHV Council, I have made the decision to end my career after the current period.

Siegfried Ledolter, who had served as Kalt's vice-president for his whole time in office, also stood down.

Mittendorfer is the chief financial officer and chief performance officer of Erste Group Bank AG, a sponsor of the OEHV.

Peter Schramm and Alexander Gruber were re-elected as vice-presidents and Philipp Hofer was chosen to replace  Ledolter.

He will concentrate on youth sport and sports medicine.

“I am very pleased that we have received the confidence of the General Assembly to work the next four years for the development of Austrian ice hockey,” Mittendorfer said.

“We hope for good collaboration between the federation, leagues and clubs, so that we promote our sport further and bring more kids to hockey.

"Without well-functioning communication we cannot achieve our goals with the national teams.

"We will launch a Junior Hockey Advisory Board with Hofer as chairman.

"The project will create ideas to bring kids and teenagers to hockey.”