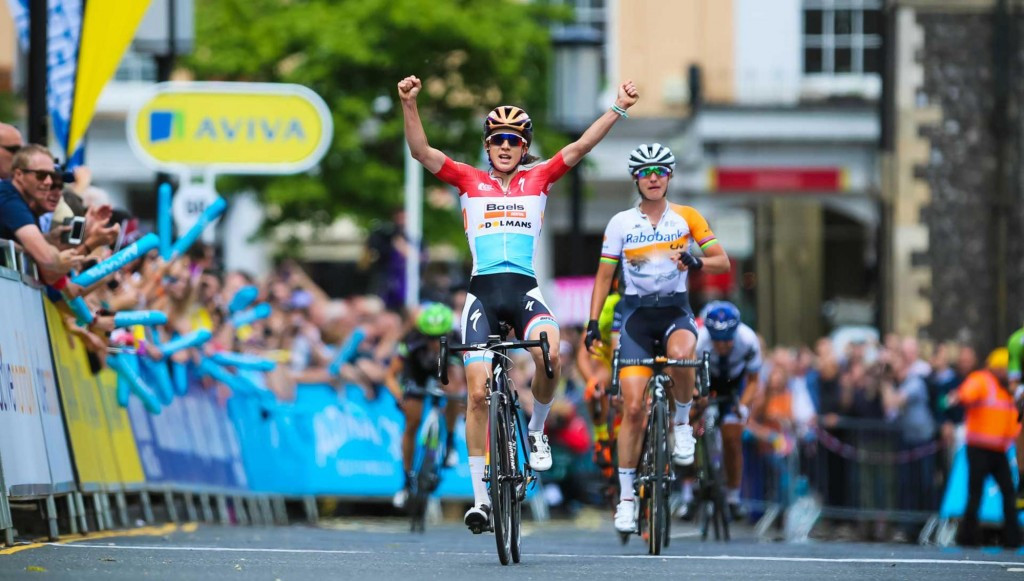 Luxembourg's Christine Majerus sprinted to victory to claim the opening leg of the Aviva Women's Tour in Britain today.

The 29-year-old Boels Dolmans rider edged out rivals including The Netherlands' seven-time world champion Marianne Vos as this year's stage race began with a 132 kilometres route from Southwold to Norwich.

Cylance Pro Cycling's Alison Tetrick spent the final 21km in a solo break but, despite building a lead of almost two minutes at one stage, she was caught in the final 100 metres in Norwich city centre.

Majerus, and then Vos, came roaring past with the former taking an early lead after day one with a time of three hours 24min 48sec.

Tetrick had to settle for eighth and was the last cyclist to receive the same time as Majerus, with her performance still impressive after she was brought down in a crash earlier in the stage.

Majerus had not won a race at International Cycling Union WorldTour level before.

As well as leading the overall classification, she has also claimed the points jersey.

The Women's Tour, one of only two stage races on the WorldTour circuit, is due to continue tomorrow with a 140km second stage from Atherstone to  Stratford-upon-Avon.