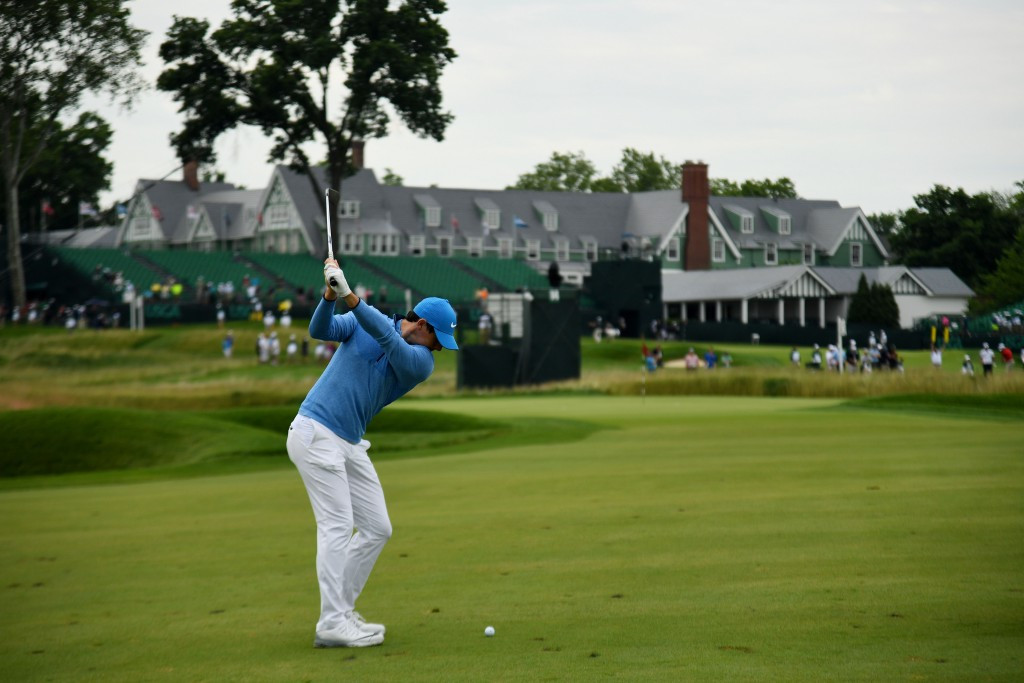 World number three Rory McIlroy has admitted victory at the U.S. Open at the Oakmont Country Club in Philadelphia would be his “biggest achievement” ahead of the start of the second major of the year.

A number of the game’s top players have admitted they are expecting fiercely tough conditions when the competition begins with the first round tomorrow.

It claimed its first victim yesterday when Bill Henaghan, caddying for American qualifier Chris Crawford, broke his ankle following a fall in one of the bunkers.

McIlroy, winner of the tournament in 2011 and who has triumphed at four majors in his career so far, has been placed in an intriguing grouping along with Englishman Danny Willett and American Rickie Fowler.

Willett comes into the event in Philadelphia as the reigning Masters champion following a superb final round at Augusta National in April, where he took advantage of a meltdown from American Jordan Spieth to claim his maiden major title.

Northern Irishman McIlroy says he will need to rein in his usual aggressive and attacking style of play if he is to succeed out on the brutal Oakmont course and expects a “great test of golf” when he takes to the first tee tomorrow.

“You know you're going to be put under a lot of pressure on every single shot you hit out there," he said.

"To be able to win on a course like this, with the conditions the way they are, it would be maybe my biggest accomplishment in the game.

"It definitely would make me feel like a more complete player.”

England’s Justin Rose, the U.S. Open winner three years ago, echoed the views of McIlroy, describing the course as having the “toughest greens in golf”.

The 35-year-old has been struggling with a back injury but could still be one of the contenders for the U.S. Open crown.

World number one Jason Day of Australia is the bookies’ favourite ahead of McIlroy and Spieth.

The majority of golf’s leading names are due to battle the course during the event, which is due to conclude on Sunday (June 18).