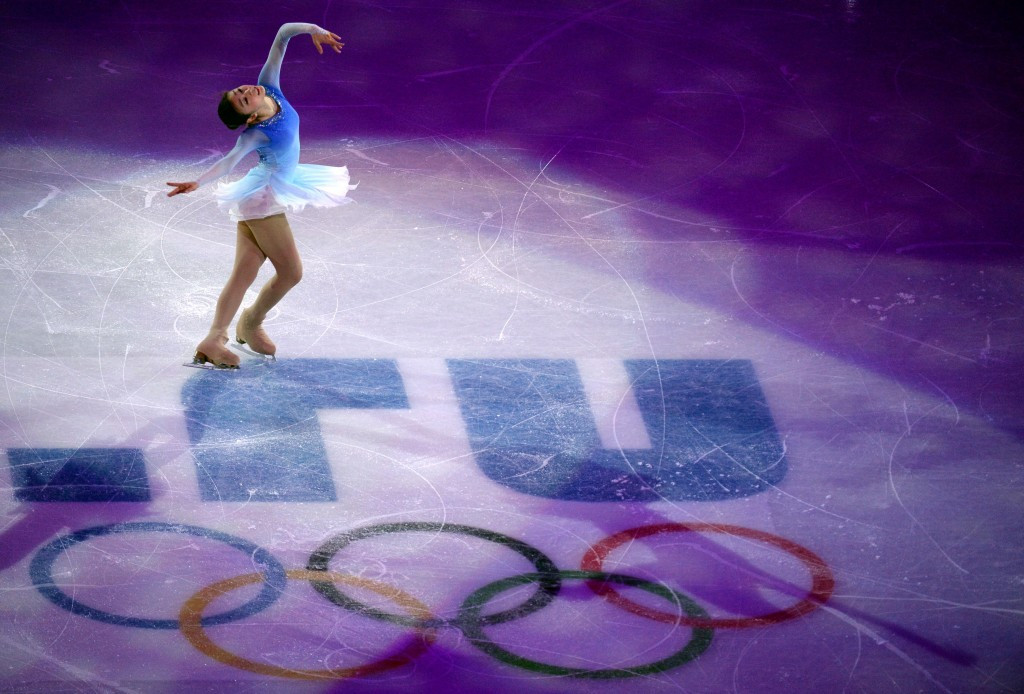 Anonymous judging is to be scrapped at all figure skating events organised by the International Skating Union (ISU) after a near-unanimous decision at the body's Congress here today.

A system of anonymity, in which the judges marks were listed in a random sequence without any reference to specific names, was introduced as part of a series of reforms implemented after the corruption scandal which overshadowed the 2002 Winter Olympic Games in Salt Lake City.

Such a system would protect judges from retribution from their own Federations for not favouring a home skater at a competition, or not agreeing to swap votes with another country, it was hoped.

Problems have continued ever since, though, with the anonymity of judges reinforcing a view held by many that the sport suffers from a lack of transparency and openness.

"For all figure skating competitions, championships, events and Olympic Winter Games, the judges names and their respective scores will be published," read a proposal submitted by the Norwegian Skating Association.

"If the judging is transparent it will increase the accountability of the judges.

"It will attract the media, sponsors and public in a positive way."

Approval to the proposal was made to rapturous applause during today's closed meeting of the figure skating section of the ISU, insidethegames was told, with just one delegation thought to have opposed the measure.

It is expected to come into force with immediate effect for next season.

Problems with the anonymity system came to the fore during Sochi 2014.

A petition with two million signatures calling for an investigation was set up after Russia's Adelina Sotnikova was awarded the ladies individual title at Sochi 2014 over South Korea's Kim Yuna, despite many believing Kim should have won.

Shekhovtsova was also the wife of the former President and current general director of the Figure Skating Federation of Russia, Valentin Piseev, while Ukrainian judge Yuri Balkov had returned to the sport following a one-year suspension after being caught on tape attempting to fix the ice dancing competition at the Nagano 1998 Games.

A previous attempt to change the system at the 2014 ISU Congress had failed.

"There is a need for greater transparency in order to improve public understanding of the sport of figure skating and confidence in the judging system," added the Norwegian proposal.

"At present the marks given by each judge are not made available to the public/skaters/coaches, which has [sic] a legitimate interest in being able to properly read the opinions of each judge during a major championships.

"If the media is denied access to the marks given by each individual judge, this may result in an increase in unnecessary conspiracy theories regarding judges and the fairness of all figure skating disciplines."

ISU President Ottavio Cinquanta, who is officially stepping-down here on Friday (June 10) after 22 years at the helm, has not pushed for this change in the past.

The Italian was not attending the figure skating branch meeting this morning, and told insidethegames afterwards that he could not comment until he had heard about the proposal in more detail.

It remains to be seen if the return to the old system will cause repeat of the problems seen at Salt Lake City 2002, where France's Didier Gailhaguet - who is now one of four candidates standing for the ISU Presidency - was ruled to have put pressure on French judge Marie-Reine Le Gougne to favour Russian pair Elena Berezhnaya and Anton Sikharulidze.

The duo were duly awarded gold over Canada's Jamie Sale and David Pelletier, despite making a clear technical error when Sikharulidze stepped out of a double axel.

The mood here after the decision was one of jubilation, with almost all observers insisting it was a change for the better which will help an under-fire sport to improve its image.

A Dutch proposal to introduce a mandatory age limit of under 70 in the calendar year of nomination was also approved for all ISU referees, judges, technical controllers and technical specialists.

A second attempt to extend some age limits to 75 was rejected.