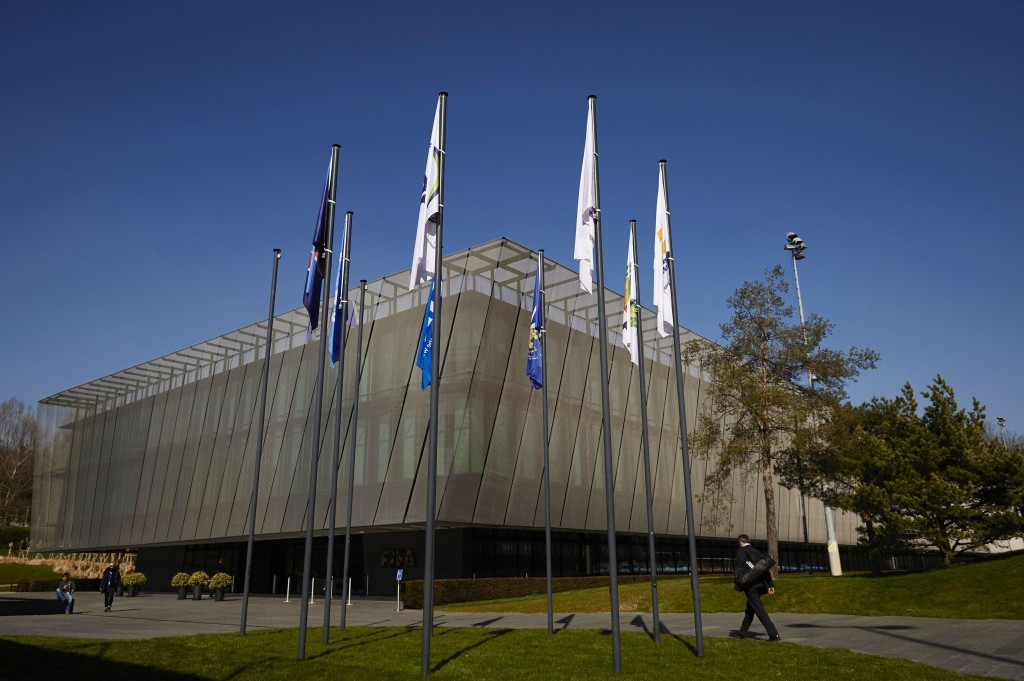 Banned former FIFA President Sepp Blatter and sacked duo Jérôme Valcke and Markus Kattner awarded themselves bonuses and pay rises totalling $80 million (£55 million/€71 million) over a five-year period, it has been revealed after Swiss authorities conducted a fresh raid on the organisation’s headquarters in Zurich today.

According to FIFA's lawyers Quinn Emanuel, some of the contracted payments are in breach of Swiss law and "warrant considerable further investigation", including handing over the evidence to Swiss and American prosecutors.

Blatter and Valcke are serving six and 12-year bans respectively from all footballing activity, while Kattner was sacked last week for "financial breaches" linked to his job.

FIFA's law firm have shed light on a series of poorly-timed contract extensions and bonuses, including for the World Cup.

They include Blatter, Valcke and Kattner being given a combined CHF23 million (£16.1 million/$23.5 million/€21 million) in December 2010 following the competition in South Africa that year, which was approved "apparently without an underlying contract provision stipulating such bonuses".

Kattner was handed an additional four-year contract extension on May 30 last year, just three days after six FIFA officials were arrested in dawn raids in Zurich, which guaranteed more than eight years of future salary and bonus payments totalling up to CHF9 million (£6.3 million/$9.2 million/€8.1 million) in the event of his dismissal.

"In total, the new documents and evidence appear to reveal a coordinated effort by three former top officials of FIFA to enrich themselves through annual salary increases, World Cup bonuses, as well as undue severance payments," a statement read.

In response, a statement from Blatter's lawyer Richard Cullen said: "We look forward to showing FIFA that Mr. Blatter's compensation payments were proper, fair and in line with the heads of major professional sports leagues around the world."

As part of the search, conducted by the The Office of the Attorney General (OAG) of Switzerland, documents and files were seized.

The probe by Swiss prosecutors began in May and centred around the awarding of the 2018 and 2022 World Cups to Russia and Qatar respectively.

Authorities turned to their attention to Blatter in September last year and opened up their investigation into Valcke in March.

They are suspected of criminal mismanagement of funds during their time together at world football's governing body, which remains plagued with corruption despite Gianni Infantino's election as the new head of the organisation in February.

The Swiss and the Frenchman both deny wrongdoing.

"As part of the ongoing criminal investigations in the FIFA affair, the Office of the Attorney General of Switzerland carried out a search of FIFA in headquarters on 2 June, 2016 with the aim of confirming existing findings and obtaining further information," a statement from the OAG said.

“Documents and electronic data were seized and will now be examined to determine their relevance to the ongoing proceedings.

“The investigations still relate only to the persons named in earlier statements issued by the OAG and further persons unknown.

"As proceedings are ongoing, no further information can be given at present."

The news follows Infantino's credibility as President being further damaged after FIFA were forced to deny reports in German newspaper Die Welt that the 46-year-old is facing a 90-day ban for allegedly ordering the deletion of a recording of a FIFA Council meeting at the Congress in Mexico City last month.

A series of emails were leaked to the publication which purported to show Infantino had asked the document to be destroyed.

In a statement, FIFA claim "the deletion of audio files refers to a copy of the original audio file of the meeting that was improperly stored on a local drive".

"This mention does not refer to the officially archived audio file," FIFA spokesperson Delia Fischer added.

"That file exists and is properly saved at FIFA."

During the hastily-convened gathering of the rebranded Executive Committee, Infantino reportedly orchestrated a plot to remove Audit and Compliance Committee chair Domenico Scala.

When his attempt failed, he worked on pushing through a motion which would give the Council the power to sack its Independent Committee heads in the next year without taking it to a vote of the 211 Member Associations.

After the controversial motion was passed, Scala walked out of the Congress and resigned the next day, though FIFA have labelled the plot claims as "ridiculous".

During the meeting, Infantino also reportedly dismissed a salary offer of $2 million (£1.4 million/€1.8 million) per year as “insulting”, painting another poor picture of the man tasked with restoring the reputation of the scandal-hit organisation.