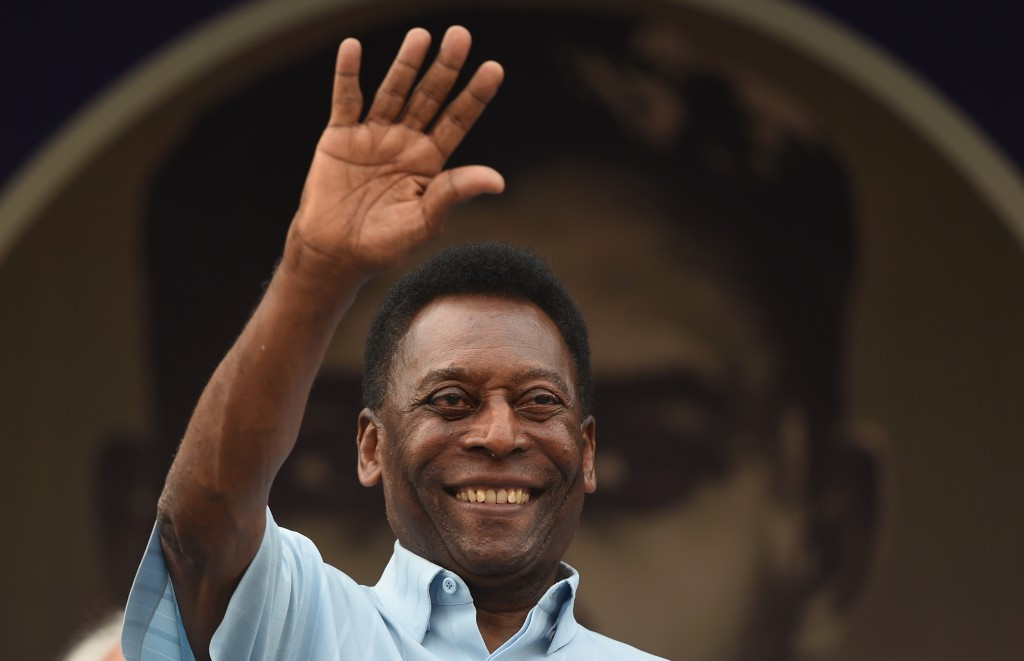 Brazilian football legend Pelé has decided to auction off all of the sporting and cultural memorabilia he has accumulated throughout his career.

The sale is due to take place in London from June 7 to 9 and spans the six decades from the forward signing for Santos as a 15-year-old in 1956 to the present day.

Now 75, Pelé, who has been in hospital for back, hip and prostate surgery over the past year, wants to sell various unique football items, including his three World Cup winner's medals.

Also going under the hammer is a one-off Jules Rimet trophy made for him after Brazil's famous triumph in Mexico in 1970.

Also being auctioned are a pair of black football boots worn by Pelé in the 1981 film Escape to Victory, which is about Allied prisoners of war who are interned in a German prison camp during the Second World War who play an exhibition football match against a German team.

In the film, he starred alongside Sylvester Stallone and Michael Caine, as well as England's 1966 World Cup-winning captain Bobby Moore.

Los Angeles-based Julien's Auctions has been chosen to handle the sale, which includes personal items such as old passports and driving licences.

A proportion of the money raised will go the Pequeno Principe paediatric hospital in Brazil, which Pelé supports.

"It was a difficult decision to make but it takes a lot to properly care for these artifacts, and I felt I could do much more good by sharing these items with the world, as well as helping my causes that are important to me," said Pelé.

There has been speculation that the decision was made for financial or health reasons, but Dan Nelles, a sports specialist at Julien's, told the BBC: "There are many reasons, there are clearly some personal ones that he alone knows about."

Among the 1500 items available will be crowns and ceremonial daggers, model ships and jet fighters, as well as more prosaic items like clocks, dishes, and and freedom-of-the-city keys from various municipalities.

"There are so many wildcards in the auction, the Jules Rimet trophy, his World Cup medals, soccer boots, which means that ideally we are looking at three times that conservative estimate, and maybe as much as 10 times," Nelles told the BBC.

"There are also a great number of game-worn items from his career."

He holds the record as the youngest player ever to play in, and score in, a World Cup final and also holds the Guinness World Record for goals scored in a career with 1,283.

Pelé and Argentinean legend Diego Maradona were joint winners of the FIFA Player of the 20th Century award with the former winning it based on votes from FIFA officials, journalists and coaches, and the latter based on an Internet poll.

With club side Santos, Pelé twice won the Copa Libertadores and Intercontinental Cup.

For the 1975 season, he came out of semi-retirement to sign for the New York Cosmos of the North American Soccer League.

Though well past his prime at that point, Pelé is credited with significantly increasing public awareness and interest of the sport in the United States.