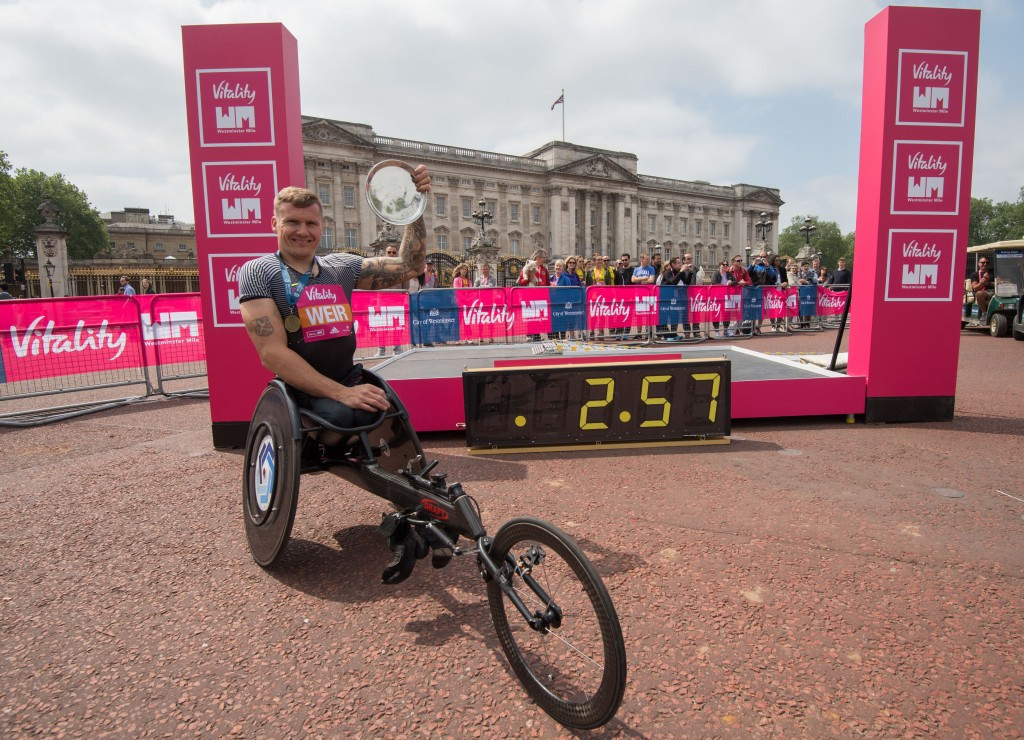 Six-time Paralympic champion David Weir has become the first athlete to break the three minute barrier for the mile.

The British wheelchair racer clocked 2min 57sec on the streets of London today during the Vitality Westminster Mile.

He set that time at last year's event when he was also targeting the three minute landmark.

“I’ve always said I could do it,” said Weir.

"I knew it was possible and training has gone really well.

"The team behind me have been telling me to get it right.

"I knew I had to get off to a quick start and that Ernst [Van Dyk] would chase hard.

"I knew from last year that my start let me down.

“I was more relaxed down Birdcage Walk, but I was still pushing at 22 miles an hour and that’s not bad."

Weir has now won four Westminster Mile titles in a row after the event, a legacy from London 2012, was first held in 2013.

The course follows a C-shaped route from The Mall to Spur Road.

The six-time world champion won the T54 800 metres and 1500m titles at the Beijing 2008 Paralympics, and successfully defended both gold medals in London.

He also won the marathon and 5,000m titles at his home Games.