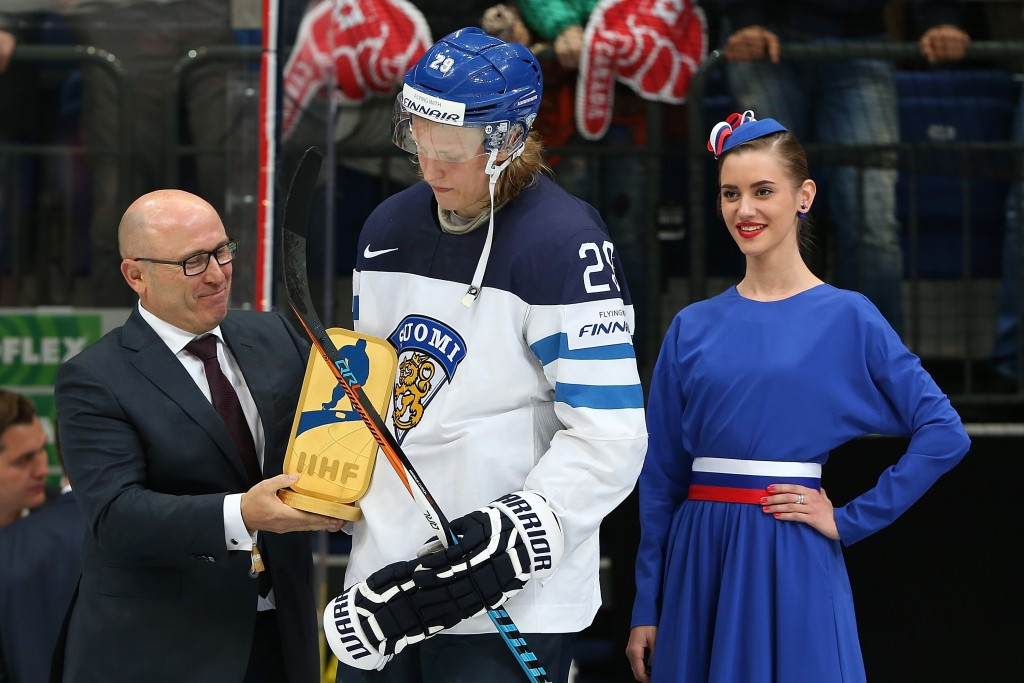 Finland's teenage sensation Patrik Laine has been named as the MVP of the International Ice Hockey Federation (IIHF) World Championship.

The 18-year-old forward had a tournament to remember in Russia, despite his country falling agonisingly short of glory thanks a 2-0 final defeat to defending champions Canada.

Laine, who currently plays for Tappara in his home country, is one of the top prospects available at the 2016 National Hockey League (NHL) Draft next month.

He scored seven goals in Russia and notched up five assists for a total of 12 points from Finland's 10 games.

His country won every match before their final heartbreak with Laine finishing joint top of the scoring ranks with Sweden's Gustav Nyquist.

Among his key moments was a memorable assist on the winner against Russia in the semi-final, when the hosts were sent packing 3-1.

As well as his MVP prize, Laine was also named as best forward and takes his place in the All-Star team.

Every accolade was awarded by the media covering the tournament.

"When we selected Patrik he was the most valuable player in the play-offs and it's the same here," said Finland coach Kari Jalonen.

"He has a great, great future and he grew up a lot in the last two-and-a-half weeks."

Russia's Nikita Zaitsev was also named in defence, with the host nation's Vadim Shipachyov and Finland's Mikael Granlund selected among the forwards.