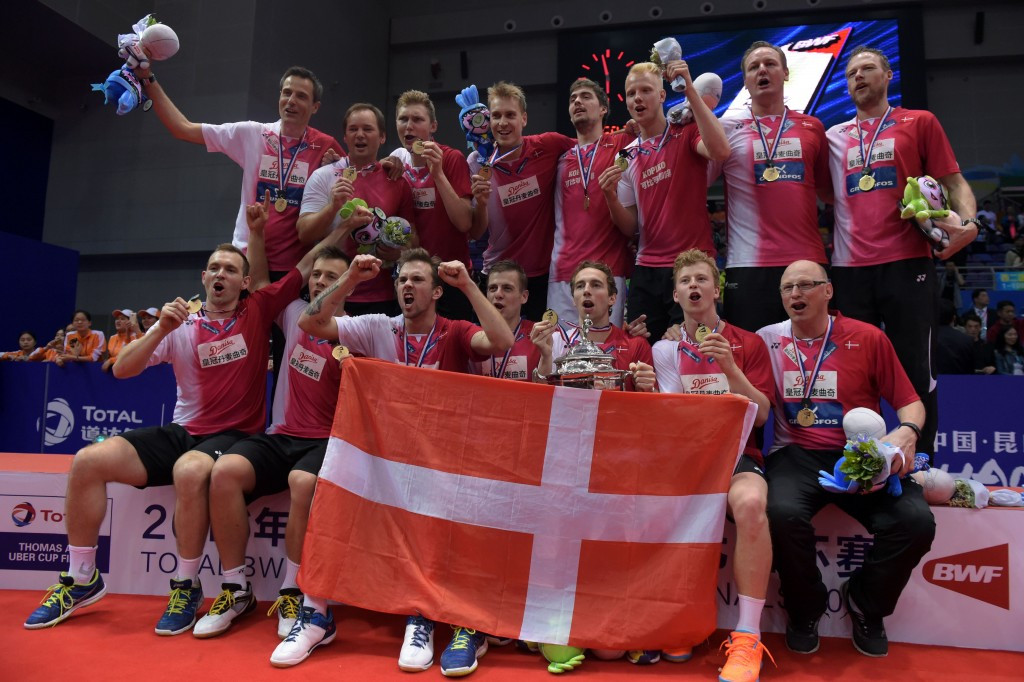 Twenty-eight editions of the men's World Team Championship had previously been held with Asian nations winning on every occasion.

The monopoly has now been broken, however, thanks to Denmark's 3-2 win over Indonesia at the Kunshan Sports Centre in China.

Hans-Kristian Vittinghus was the hero for the Danes, winning the decisive final rubber 21-15, 21-7 against Ihsan Maulana Mustofa.

Denmark, the second seeds, have had to settle for the runners-up tag at the Thomas Cup eight times but were aided this year when host nation China suffered a shock quarter-final exit.

The Chinese were the top ranked country but the sport's powerhouse were dumped out 3-1 by South Korea.

Indonesia levelled when doubles pairing Mohammad Ahsan and Hendra Setiawan got the better of Mads Conrad-Petersen and Mads Pieler Kolding, 21-18, 21-13.

Only two games were required in every contest with Denmark retaking the lead thanks to Jan Ø. Jørgensen's 21-17, 21-12 success over Anthony Sinisuka Ginting.

In the second doubles, Angga Pratama and Ricky Karanda Suwardi scored another Indonesian point by fending off Kim Astrup and Anders Skaarup Rasmussen 21-16, 21-14.

That levelled the contest and set the scene for Vittinghus to secure the trophy.