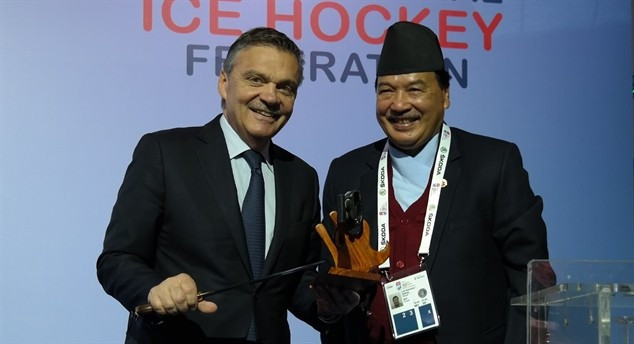 Indonesia, Nepal and the Philippines have been announced as new associate members of the International Ice Hockey Federation (IIHF) to bring the total number of affiliated countries to 77.

The sport has been played in Indonesia since 1996, with events organised by Federasi Hoki Es Indonesia.

All three of the nation's rinks lie on Java, the island which is home to over half of Indonesia 258 million-strong population.

The Nepal Ice Hockey Association was founded in 2014.

Currently there are no ice rinks but four outdoor inline hockey rinks in the capital of Kathmandu, Pokara, Ilam and Kavree.

There are 211 players from five clubs registered in the Philippines, where four ice rinks can be used, the main one being the SM Mall of Asia Ice Skating Rink in Pasay City next to the capital of Manila.

The Qatar Ice Hockey Federation - until now an associate member - has also been awarded full membership.

This comes as the IIHF seeks to expand its Asian market ahead of the Pyeongchang 2018 and Beijing 2022 Winter Olympic Games.

Ice hockey is set to feature for the frirst time at the 2017 Southeast Asian Games in Malaysia, where Indonesia and the Philippines are expected to join the hosts, Singapore and Thailand.

“Becoming a member shows to everyone that anything is possible," said Indonesian President Joko Widodo.

"A winter sport can grow in tropical countries, more ice rinks can open and more people could enjoy the thrill of ice hockey sport.

“Our saying here is: the first time you try ice hockey, you will fall.

"The second time you try ice hockey, you fall in love.”