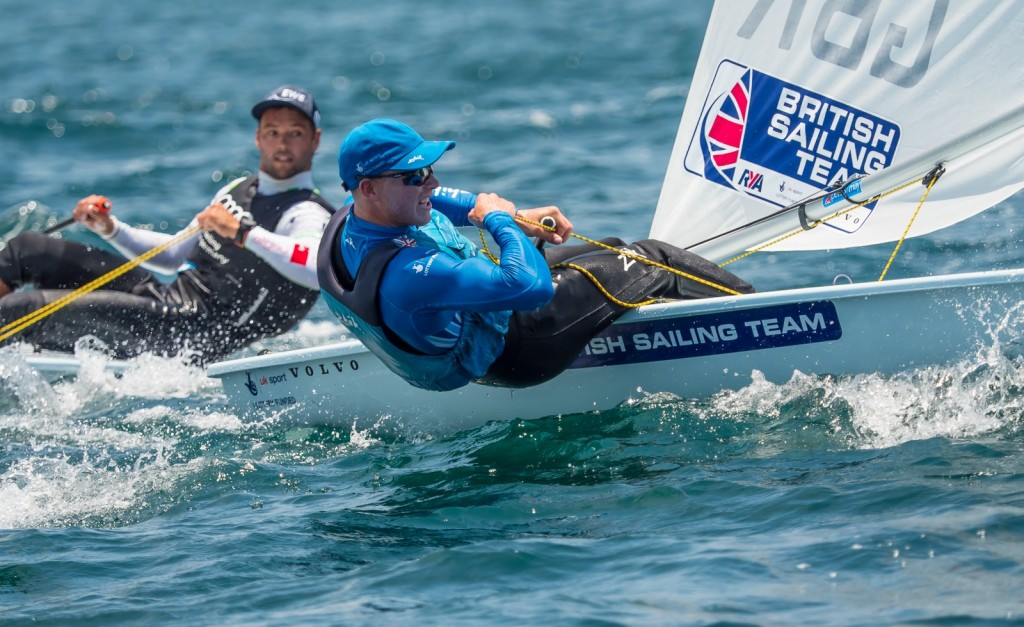 The 30-year-old led the seven-day regatta from the outset, ending on 61 points to finish 12 clear of French rival Jean-Baptiste Bernaz and add another world title to his maiden victory in 2015.

The bronze medal went to The Netherlands' Rutger Van Schaardenburg, who came third on 88 points.

The successes put the British Sailing Team top of the 2016 World Championship medal table across the Olympic disciplines.

"It was a pretty tricky event," Thompson said.

"We managed to get all the races in and I was leading from day one and so I was a little bit stressed with that, being the defending world champion.

"But I’m over the moon to have finished on top."

Thompson got his regatta off to a flying start, picking up two race wins on the first day of the event, and never looked back.

"I’d be lying if I said I wasn’t feeling a little bit of extra pressure on me," he said.

"It’s something I try not to think about at all but I really tried very hard just to focus on each race.

"I kind of knew that we were going to get most of the race in so it was going to be a long old slog.

"Once I nailed the double bullet I was like 'oh blimey, the pressure is definitely on me'.

"But I think I managed to cope with it pretty well."

In spite of Thompson taking a 19-point lead into the final day, the last two races provided a tough test for the Rio 2016-bound sailor, who had to discard a 41st in the first race of the day before sealing victory with a ninth-place finish in the final race.

"I actually sailed a good first race up until the second beat where I was in the position I needed to be in and there was a big shift which let JB, the French guy, go from nearly last to top five at the next mark," he added.

"Suddenly it was all back on again and I was on the other side of the course having lost quite a few places.

"That was really frustrating, but I regrouped and focused on the next one."

Thompson is next due to be in action at the Sailing World Cup in Weymouth and Portland - the final major event for the British sailing team before Rio 2016 - from June 6 to 12.