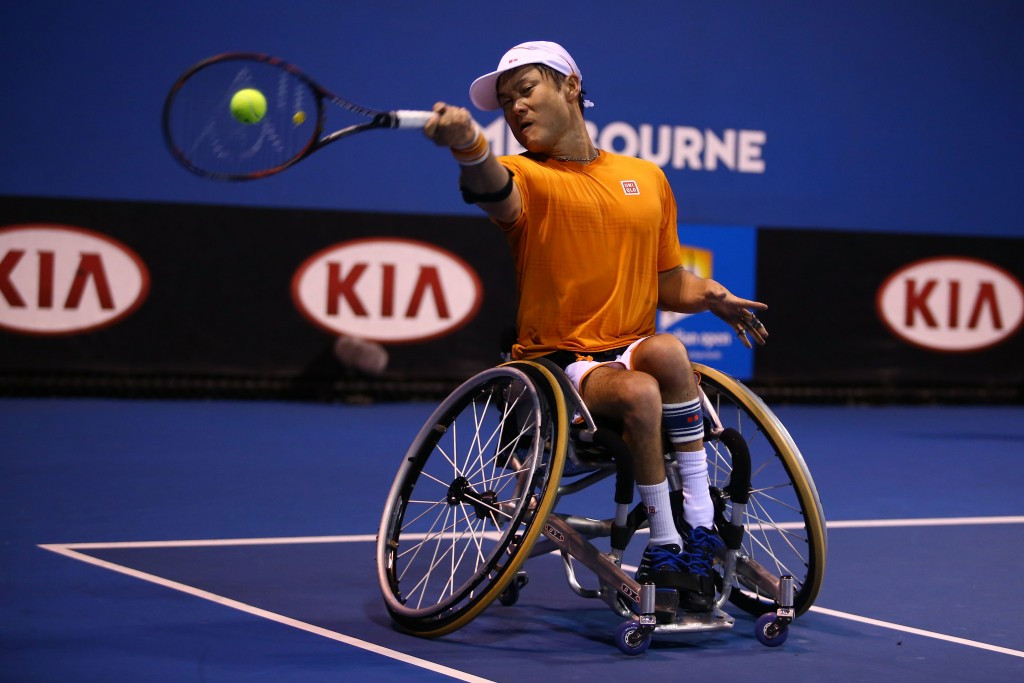 Wheelchair tennis player Shingo Kunieda features in a new campaign aimed at raising awareness and the appeal of Paralympic sports ahead of Tokyo 2020.

The Tokyo Metropolitan Government has launched its "Be the Hero" campaign, a 140-second-long video that features a number of Japanese Para-athletes of the past, present and future meeting popular creations by Japanese comic artists, or manga artists as they’re more commonly known.

Two-time Paralympic gold medallist Kunieda appears with an illustration of a female player drawn by Naoki Urasawa, the creator of Yawara! - a manga series based around a female judoka.

Yoichi Takahashi was the author of the illustration for blind football, while Eisaku Kubonouchi drew track and field athlete Saki Takakuwa.

"We decided on the collaboration with manga with the intention of creating images that are completely new, and everyone involved extended their full cooperation," said a Metropolitan Government official.

"We hope that many people will take an interest [in sports for people with disabilities], no matter whether they are in Japan or abroad and what generation they are in, and actually go to watch the Games."

The video is due to be screened at events in Japan and at the Rio 2016 Paralympic Games, which are scheduled to take place from September 7 to 18.

In 2014, the Metropolitan Government conducted a survey in Tokyo to analyse the residents’ perception of the Olympics and Paralympics.

Nearly 90 per cent of the 1,910 respondents said they knew of the Paralympics, but just two per cent said they had watched Para-sport live.