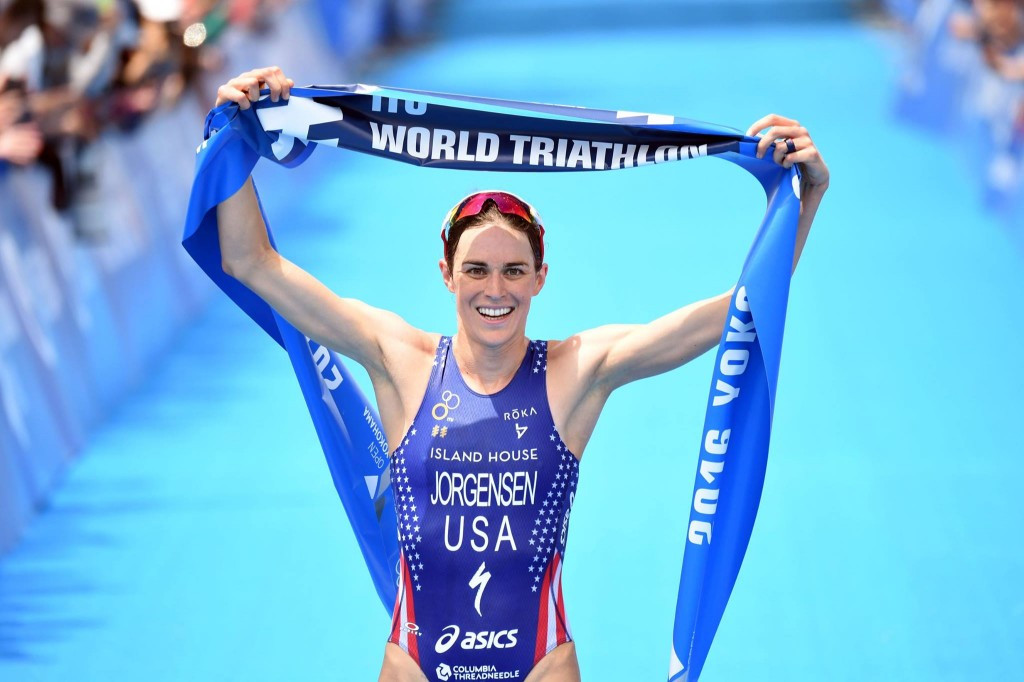 Having had to settle for the runners-up spot in Gold Coast last month to end a 12-race winning streak that she started in Yokohama in 2014, Jorgensen returned to the top of the podium with a time of 1 hour 56min 02sec.

Victory was ensured with a run split of 32:15 - the fastest ever in the event's history - and granted her the Yokohama title for the fourth successive year, a feat that no other elite athlete has achieved at the same venue.

"I really like it here in Japan, the crowd is always cheering, there is always a ton of people out so it makes it really exciting," said Jorgensen.

"There is one goal for the year and that is the Olympics on August 20.

Earning the silver medal with a time of 1:57:20 was Australia’s Ashleigh Gentle, who in doing so put a strong case forward for one of her country’s final two women’s Olympic spots.

In the men’s race, Spain’s Mario Mola claimed his third win of the season and first ever in Yokohama with a time of 1:46:27.

The other two podium spots were earned by Mexico’s Crisanto Grajales in 1:46:42 and Norway’s Kristian Blummenfelt in 1:46:45, meaning their countries were represented on a WTS podium for the first time in history.

Americans Joe Maloy and Ben Kanute registered 11th-place and 17th-place finishes respectively, which were good enough for them to make their country’s Olympic team.

Although Greg Billington didn’t finish, his standing was high enough with USA Triathlon’s own rankings that he too was named on the team.

The biggest points mover of the day was Canada's Tyler Mislawchuk, whose 10th-place finish saw him surge to 2,781 points, moving up ahead of team-mates Andrew Yorke and Kyle Jones.

While Canada’s two Olympic positions are in tact, selectors now have to choose which of the three men to take to Rio 2016.