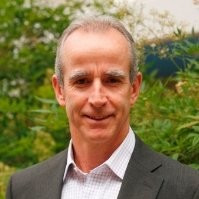 The medical director of the 2016 Australian Olympic team (AOT) insists the country’s athletes can head to Rio de Janeiro for this year’s Olympic Games with confidence, knowing the appropriate measures are in place against Zika.

Dr David Hughes' claim comes less than two weeks after scientists in Brazil warned that the mosquito-borne virus could be even more dangerous than first thought.

Experts believe it could be behind several damaging neurological conditions - in addition to microcephaly - where babies are born with abnormally small heads because of restricted brain development - and Guillain-Barré syndrome, a neurological disorder which causes muscle weakness.

But Hughes is of the opinion that the risk to AOT team members will be minimal if individuals take the necessary precautions.

"The last couple of people that I have spoken to, who have been to Rio in the past month or two, haven't seen a mosquito," he said.

"If an AOT member does become unwell, then if they follow the advice in our advisory, the consequences of that infection will be minimal."

University of Ottawa professor Amir Attaran suggested earlier this week that the Games should be moved or postponed, claiming they could result in the worldwide spreading of the Zika virus.

Hughes has dismissed that possibility though in response to an article calling for the same action.

"Given that there is no chance that the Games are going to be shifted to another venue, I believe we can proceed with confidence, knowing that we have appropriate guidelines and preventative measures in place," he said.

"The risk will never be zero but we are well prepared to prevent mosquito-borne infection and to deal with any infections that do arise.

"I think the article makes some good points.

"It is certainly less than ideal to send half a million people into an area where there is an active infectious disease outbreak.

"You can almost guarantee that some of those people will become ill.

"You can almost guarantee that it will increase the speed at which the disease spreads around the world.

"However, I believe the AOT is as well-prepared as it can be to prevent Zika infection and/or minimise the consequences."

Rio 2016 bosses recently downplayed concerns that the warm-up swimming pool for the Olympic Games is battling a mosquito infestation.

Brazil’s Leonardo de Deus, who has qualified to compete in the men’s 200 metres backstroke and butterfly at the Games, raised the issue following last month’s Maria Lenk Trophy, which served as the Olympic test event.

The 25-year-old told Brazilian newspaper Globo that the outdoor warm-up pool had a "ton of mosquitos", before praising the competition pool as "wonderful, world class".

A Rio 2016 spokesperson told insidethegames that fumigation was performed on the affected area during the test event to tackle the problem.

They also stated that the pool would be covered and air conditioned throughout the duration of the Games.

As the Games are taking place in the Brazilian winter, it is hoped that mosquitoes will be less prevalent and ease fears concerning the Zika virus.

Nevertheless, World Health Organization advice, which is being following by the International Olympic Committee and Rio organisers, is for women who are pregnant to not attend the Games.