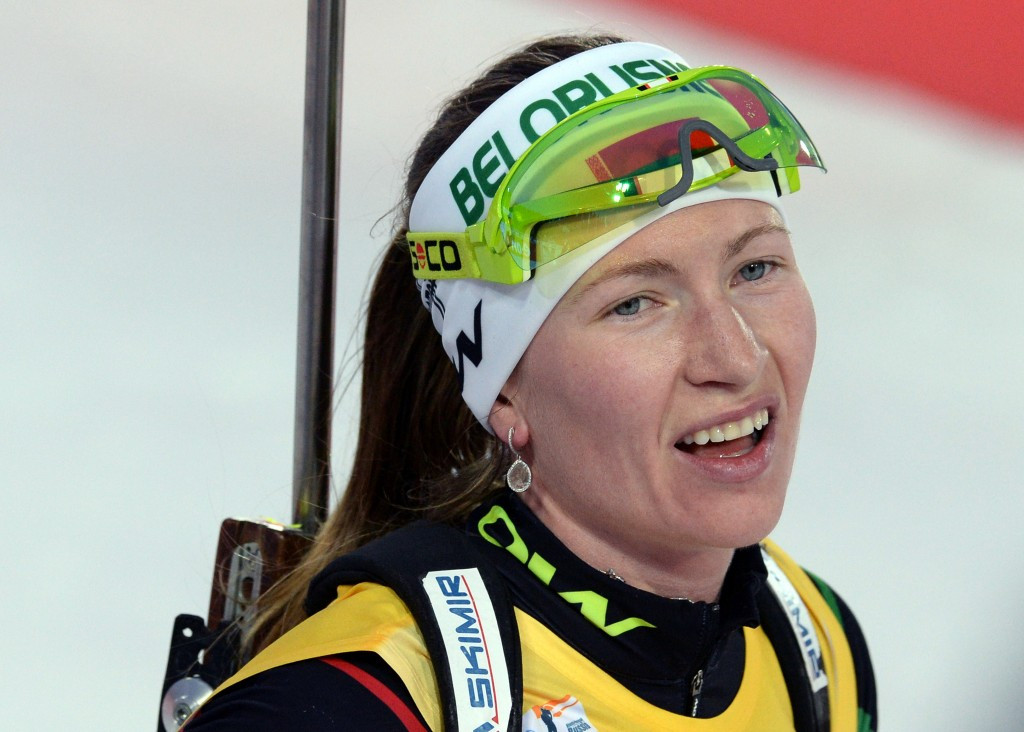 A bizarre glimpse into the past of three-time Olympic biathlon champion Darya Domracheva has been accidentally uncovered after the Dynamo Sports Club revealed she was a member of the Belarusian KGB.

Domracheva worked for the State Security Committee of the Republic of Belarus, which is one of the only organisations to have kept the KGB title following the collapse of the Soviet Union in 1991, up until 2014.

It has been reported that the 2014 to 2015 International Biathlon Union World Cup champion served as a lieutenant for the agency.

The involvement of the 29-year-old with the organisation was inadvertently posted on the website of the sports club, established in the Soviet Union in 1923, before it was swiftly removed a few hours later.

The post had profiled Domracheva as she is a member of the Dynamo Sports Club.

They had claimed the information was “outdated” but it prompted a KGB spokesperson to release a statement confirming the information that Domracheva had indeed worked for an agency with ties to the notorious KGB, which was thought to have been the world's largest spy and state-security machine during the Soviet era.

“Domracheva had worked for the KGB until June 2014, but at the moment Darya is not an employee of the Committee,” KGB spokesperson Dmitry Pabyarzhin said.

There is nothing to suggest the Belarusian, who is expecting a baby with Norway’s eight-time Olympic biathlon champion Ole Einar Bjørndalen, was guilty of any wrongdoing during her time with the organisation.

The fact that the information was only mistakenly revealed, however, has raised some questions as to her actual involvement with the State Security Committee of the Republic of Belarus, a country often referred to as "Europe's last dictatorship".

The country's President Alexander Lukashenko has been criticised by Western Governments, Amnesty International and Human Rights Watch for his authoritarian style of leadership.

Domracheva dominated the biathlon events at the Sochi 2014 Winter Olympic Games, clinching gold in the 10 kilometres pursuit, the 12.5km mass start and the 15km individual races.