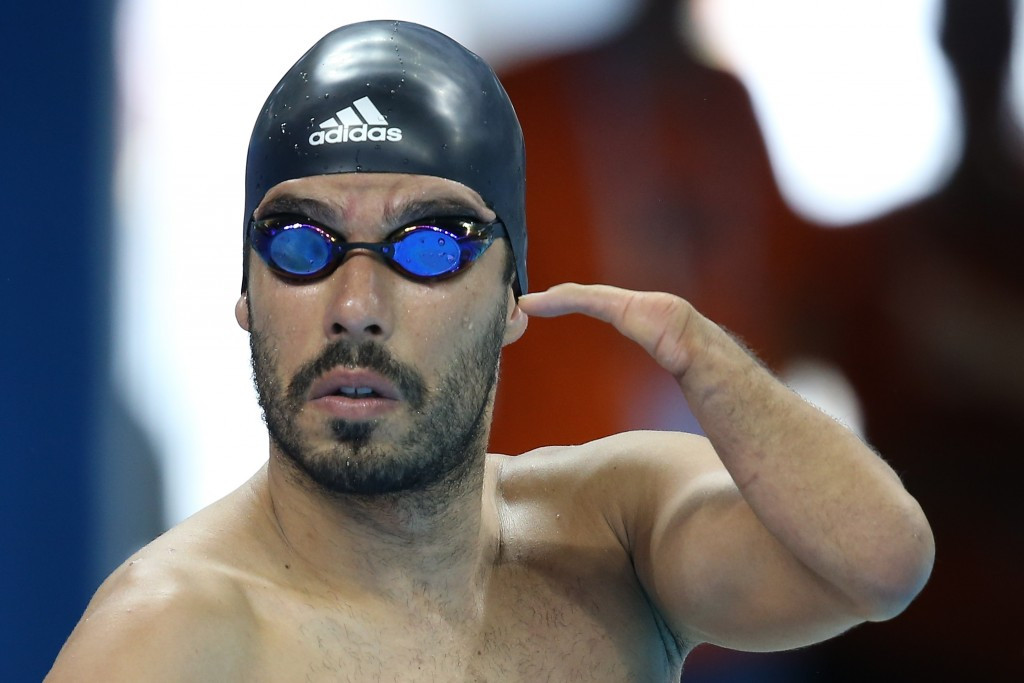 Dias touched home in 34.95sec at the Complexo Olimpico de Piscinas da Penteada in Madeira’s capital Funchal, lowering his previous best of 34.99 that had stood since he won gold at the London 2012 Paralympic Games.

"Last year I was already fighting for this world record and last year it didn’t happen.

"But it happened today and that gives me the motivation that I need for the preparation for Rio."

Hungary’s Zsolt Vereczkei was the European silver medallist in 40.21, ahead of Denmark’s Jonas Larsen with bronze in 41.67.

Italy’s European champion Federico Morlacchi worked his way up from sixth place to claim the gold in 56.99.

The Ukrainian overtook Brazil’s Andre Brasil at the 100m mark before extending his lead in the last 50m to touch home in 2:08.71 - 1.3 seconds faster than Huot’s mark from the London 2012 Paralympic Games.

Dubrov’s team-mate Dmytro Vazenko also had a productive race, coming back from fourth with an excellent freestyle leg to touch in 2:15.80.

Brasil took Open bronze in 2:16.01 and Russia’s Dmitry Grigoryev secured the remaining regional medal with a time of 2:17.66.

A strong performance from the 17-year-old Russian saw him beat Denmark’s Larsen, second in 2:32.19, and Czech Republic’s Jan Povysil, third in 2:40.04, for his third gold medal of the week.

She claimed the European title of her team-mate Yelyzaveta Mereshko, the runner-up in 33.43, while Britain’s Eleanor Robinson was third in 35.43.

Her team-mate Olga Sviderska posted a time of 3:01.38 to break the SM3 world record with a silver medal-winning performance.

Sviderska, who had earlier lowered the global mark in the heats, was followed onto the podium by Russia’s Natalia Gavrilyuk - third in 3:20.91.

Belarusian world and Paralympic champion Ihar Boki brought his gold medal count to four in the men’s 400m freestyle S13 with a time of 3:56.97.

He made his move on Ukrainian silver medallist Iaroslav Denysenko, second in 3:59.99, on the turn into the last 100m.

Spain’s European and world champion Teresa Perales secured her first gold medal of the Championships in the women’s 50m backstroke S5 in a new personal best time of 43.50.

Czech Republic’s Bela Trebinova was second in 45.14, ahead of Norway’s Sarah Louise Rung in 45.32.

Sarai Gascon set a new European record of 1:02.81 in the women’s 100m freestyle S9 for her fourth individual gold medal of the meet.

The Spaniard has been in superb form this week, winning her latest race over compatriot Nuria Marques Soto, second in 1:04.14, and British European champion Stephanie Millward, third in 1:05.26.

The Ukrainian duo of Oleksandr Mashchenko and Viktor Smyrnov were second and third in 2:30.75 and 2:33.68 respectively.

The Netherlands’ Liesette Bruinsma clocked 2:54.17 to secure gold in the women’s 200m individual medley SM11 with her freestyle leg.

Ukraine added three more golds in other races to cement their place at the top of the medals table with 28 golds, 26 silvers and 15 bronzes.

Anna Stetsenko was victorious in the women’s 400m freestyle S13 with her time of 4:27.34 securing a third gold medal.

Uzbekistan’s Shokshsanamkhon Toshpulatova broke the Asian record with her fourth-place finish in 4:44.04.

World and European champion Dmytro Vynohradets of Ukraine came back from a poor start in the men’s 150m individual medley SM3 to win in 2:59.61.

He overtook Russian silver medallist Alexander Makarov, who touched home in 3:21.00 to finish ahead of Sweden’s Mikael Frederiksson, third in 3:24.58.