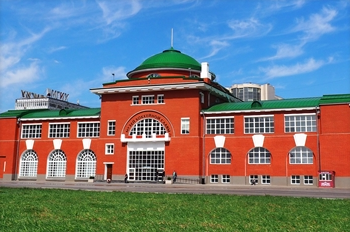 The Russian Ice Hockey Hall of Fame Museum has opened with the country preparing to host the men's World Championship.

Located in Moscow, the museum was created as part of the Park of Legends project which also includes the Ice Palace venue in the capital.

The Hall of Fame has already accepted 147 honorary members.

"We have long waited for our museum to open," said Vladimir Myshkin, the deputy director general of the Park of Legends and a former Olympic champion to the International Ice Hockey Federation (IIHF) website.

"But it only happens step-wise as the building is unique.

"It is already a hundred years old.

"The Likhacheva automobile factory used to be located there.

"We are restoring it and it needs time.

"We have only opened the lower floors.

“But most importantly, we managed to open the Hall of Fame and the exposition for the World Championship for the 70-year anniversary of Russian ice hockey.

"There will be different events for the World Championship.

"The players of the Russian national team will be announced here.

"Many autograph sessions will be held here with famous hockey players.

"But this is just the beginning.

"We shall open the other halls later and in the end our Hall of Fame will be better than the one in Toronto.”

Every year, an advisory board will choose no more than three new members to induct into the Hall of Fame.

Two-times Olympic Champion and seven-times world champion Vyacheslav Fetisov is one player to be inducted so far and was present at the opening.

Games at the World Championship, which opens on Friday (May 6) will be played at the Ice Palace and the Yubileyny Sports Palace in Saint Petersburg.