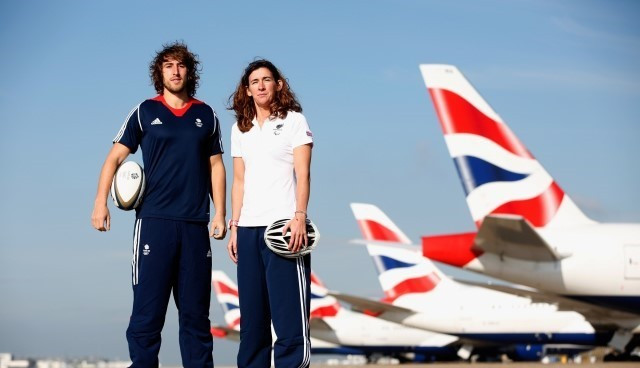 British Airways has been appointed as the official airline partner of Team GB and Paralympics GB for Rio 2016.

To announce the partnership, athletes from some of the sports being introduced at this year’s Games attended a launch event at Heathrow Airport in London.

Team GB’s rugby sevens hopeful Dan Bibby was present, along with Melissa Reid, who is aiming to represent Paralympics GB in triathlon.

"This is a very exciting time for rugby sevens with it coming to the Olympic Games for the first time this year," said Bibby.

"Every player dreams of being on that British Airways plane bringing a medal home."

"I just hope I can be on that exciting team flight home."

At the end of the Games, British Airways intend to fly more than 1,500 athletes, support staff and equipment back to London for a special welcome arrival.

"Flying home with the airline that carries our flag will be a great way to celebrate the achievements of Team GB, as we look forward to an exciting and hopefully successful Rio 2016 Olympic Games," said Bill Sweeney, chief executive of the BOA.

"We are delighted to once again partner with British Airways."

Tim Hollingsworth, chief executive of the BPA, added: "It is fantastic news that British Airways will once again support Paralympics GB by flying the team back to the UK after they have finished competing at Rio 2016.

"We hope that there will be a significant Paralympics GB medal haul on board with us on that flight back and we will look forward to a brilliant welcome home at Heathrow and across the country."

British Airways was the official airline of London 2012, as well as the BOA and the BPA, flying a number of athletes in to the city from training camps to compete.

It coincided with an award-winning "Don’t Fly" campaign, asking customers to stay at home and cheer on Britain’s athletes instead of going abroad.

Paralympics GB managed a haul of 120 medals, including 34 golds.