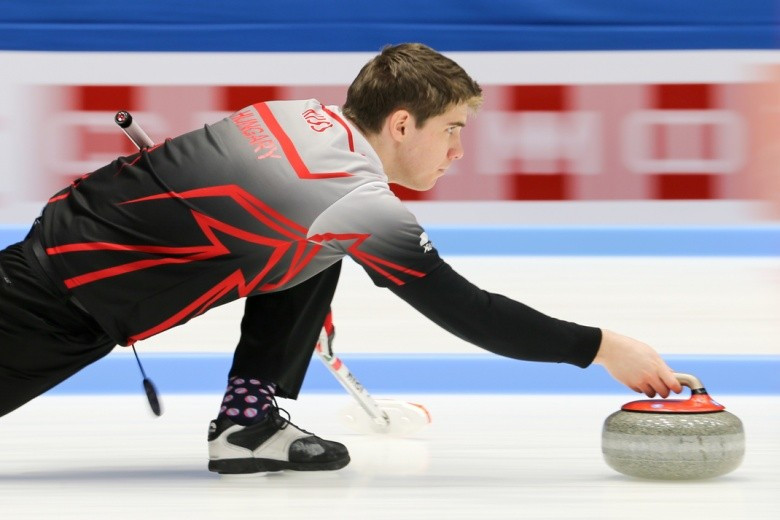 Holders Hungary began the defence of their World Mixed Doubles Curling Championship title with victory at the Löfbergs Lila Arena in Karlstad today.

The pairing of Zsolt Kiss and Dorottya Palancsa eased past Slovakia 11-1 in Group A as pool play began in Sweden.

"I heard some people cheering us on in the arena, which is a great feeling," said Kiss.

"I do hope that they will be here for the upcoming games as well."

Forty-two countries are competing in all in the ninth edition of the World Championships, the first since mixed doubles was confirmed as a new discipline on the programme for the 2018 Winter Olympic in Pyeongchang.

The increased field allows opportunities for non-traditional curling countries with Brazil beating Wales 8-7 after an extra-end in the first meeting between the nations in Group F.

Elsewhere in the group, Estonia brushed aside Czech Republic 12-3 while Scotland won 9-8 against Russia after an extra end

There were also successes for Switzerland, who thrashed Belgium 13-2 in Group A, as well as Lativa who dispatched Poland 10-4 in the same pool.

Japan beat Kazakhstan 7-4 in Group C while Norway beat Turkey 11-1 and England saw off Romania 9-2 elsewhere in the group.

Belarus opened with a 10-5 success against Israel in Group E.

"The ice was lovely, really swingy and we just had draw weight, which is really important in mixed doubles.

"We’ve never played them [Romania] before, so we didn’t know what to expect.

Mixed doubles is a discipline for teams of two players - one male and one female - and no alternates.