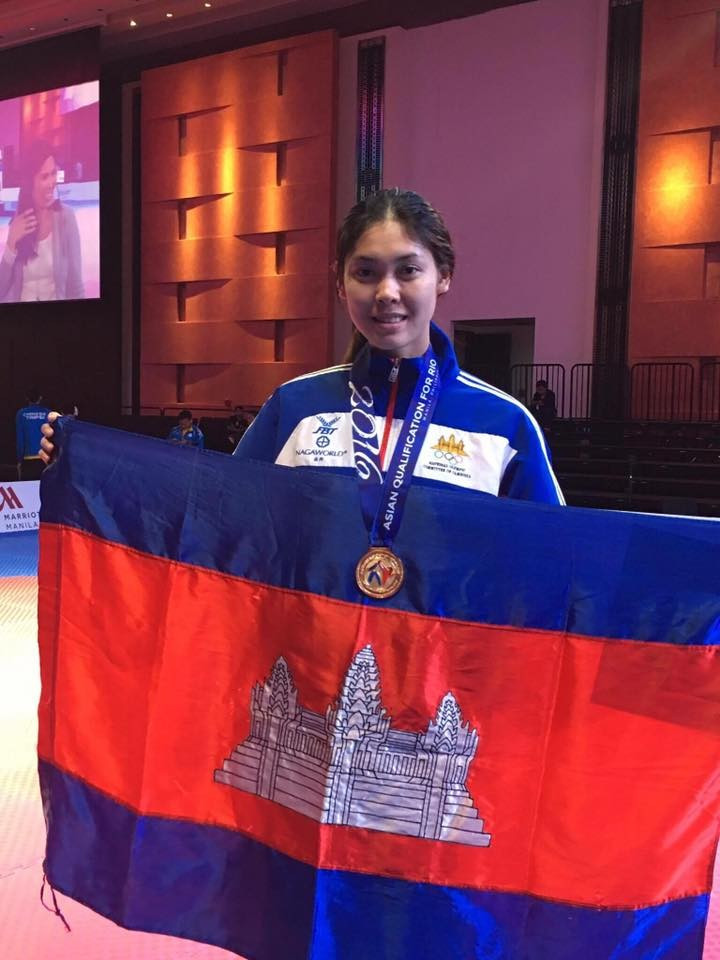 Victory in the final against home favourite Kirstie Alora means the 2014 Asian Games gold medallist becomes the first-ever athlete from her country to triumph in an official pre-Games qualifying competition.

The National Olympic Committee of Cambodia stated on its Facebook page that Seavmey will now serve as Cambodia’s flagbearer at Rio 2016.

Huai-Hsuan Huang of Chinese Taipei won the other women’s gold medal on offer today, claiming the under 49kg crown at the expense of Kazakhstan’s Ainur Yesbergenova.

Jordan’s Anas Aladarbi and Qatar’s Mahmoud Abdelrahim were the men’s under 80kg third-place finishers, while Pakistan’s Atief Arshad and Tajikistan’s Alisher Gulov were the men’s over 80kg bronze medallists.

Action in Manila is set to conclude tomorrow.