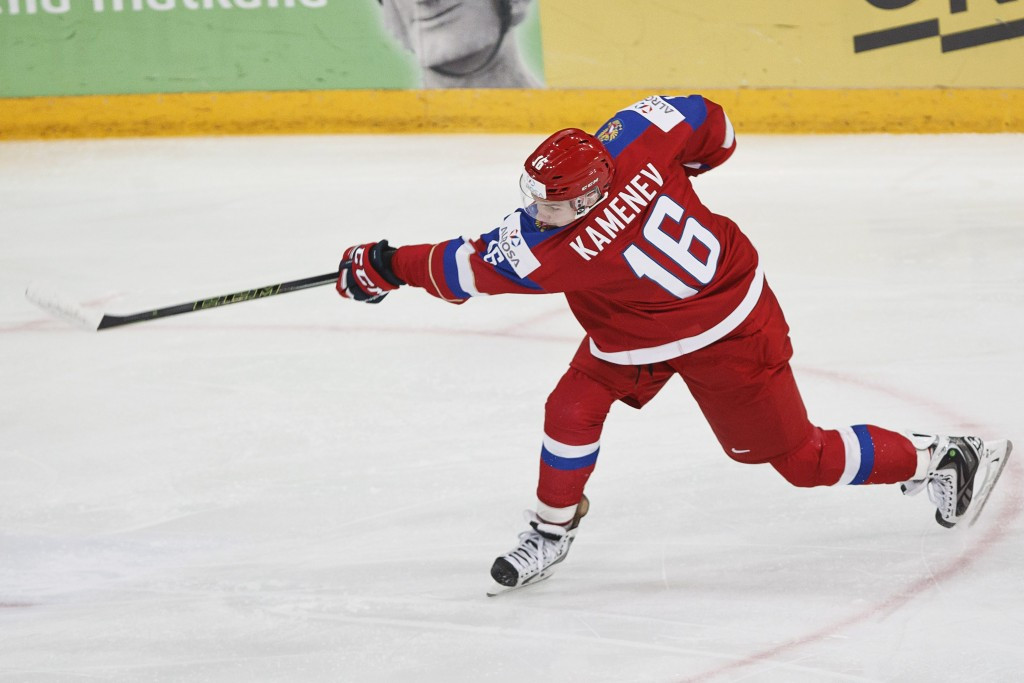 A Russian ice hockey player who left an official with a scar on his hand has been banned for two games for "unsportsmanlike conduct".

Vladislav Kamenev, the captain of his country's side at the 2016 International Ice Hockey Federation (IIHF) World Junior Championship, lost his temper during the gold medal match against hosts Finland at the Hartwall Arena in Helsinki.

The Finns had taken a 3-2 lead thanks to a Mikko Rantanen goal with just over three minutes left to play, and Kamenev was sent to the officials in order to contest a decision which had not been given.

After being told to return to the bench, 19-year-old Kamenev instead continued his complaint and was given a 10-minute misconduct penalty.

He did not immediately enter the penalty box and smashed his stick so forcefully against the door that it broke.

After he entered he slammed his stick downwards, injuring an off-ice official standing beside him who was trying to close the door.

He then kicked the rest of his stick out of the box and onto the ice and was given a 20-minute game misconduct penalty.

The official suffered an open cut leaving a scar on his left hand and a hematoma that lasted for about three weeks.

Russia managed to bag a last gasp equaliser but Kasperi Kapanen scored an overtime winner as the Finns won the title 4-3.

Kamenev had scored his side's opening goal in the final on January 5, which was watched by 45 per cent of Finland's population.

At a hearing in Zurich, the Russians argued that it was "appropriate and customary" for a team captain to discuss the non-call with the referee and the only way to talk to him was to follow him, therefore the 10-minute penalty was not warranted.

This was dismissed by the IIHF who condemned the Milwaukee Admirals player in a statement.

"The Deciding Panel of the IIHF Disciplinary Board is of the opinion that the game misconduct penalty is not adequate enough to sanction the agitated behaviour of the player as the aggressive behaviour he unmistakably expressed made his actions a more serious case that showed a flagrant disregard of the rules," it read.

"As captain of the team he should have acted in an exemplary manner.

"Neither his youth nor the alleged lack of experience nor the importance of the game can count as mitigating factors.

"The IIHF World Junior Championship is one of the most important international competitions.

"Therefore players taking part must meet the demands of such a competition and it can be expected that the players are adequately educated and able to deal with such situations.

"The Panel rejects the player’s counsel’s contention that the actions were provoked by the referee’s unjustifiable actions.

"In the contrary, the incident was caused by the refusal of the player to listen to the referee’s decisions and the lack of respect toward the referee.

"Smashing the broken stick furiously downward, injuring an off-ice official due to significantly negligently action and then kicking the broken stick out of the box onto the ice must be judged as a highly inconsiderate, uncontrolled and reckless action showing a degree of lack of sportsmanship and self-control that cannot be tolerated."

Kamenev could appeal his ban at the Court of Arbitration for Sport.