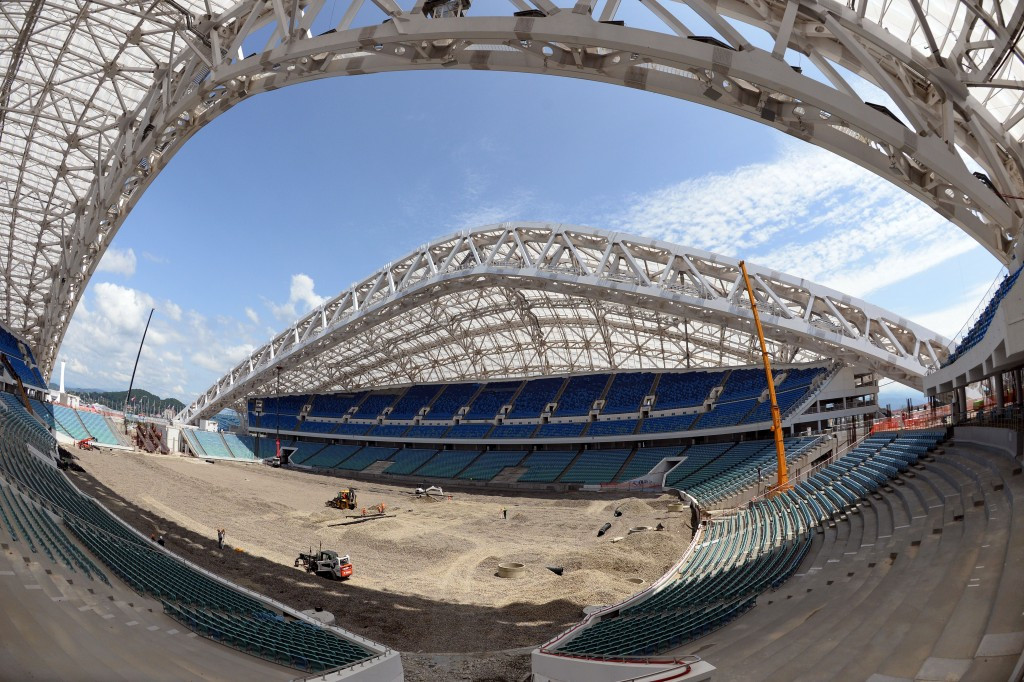 Russia’s preparations for the 2018 FIFA World Cup have hit a further hitch as the delivery date of the Fisht Olympic Stadium in Sochi has been pushed back by five months.

The venue, which staged the Opening and Closing Ceremonies at Sochi 2014 Winter Olympics, is being revamped for the tournament in two years’ time and was due to be delivered in June.

Regional Sports Minister Lyudmila Chernova, however, told Russian news agency TASS it would now not be ready until November but did not elaborate on the reasons for the setback.

The Fisht Olympic Stadium, which will have a capacity of over 47,000 for the competition, is also due to stage matches at next year’s Confederations Cup - an eight-team tournament comprised of the host nation, the current World Cup holders plus the six continental champions.

He confirmed construction had fallen three months behind schedule but insisted it would be completed by the end of the year.

Russian Federation Council Committee Vadim Tyulpanov had also dismissed fears that the over-budget stadium, with costs at the venue expecting to exceed the $1 billion (£705 million/€894 million) mark, would not be ready on time.

Authorities in Saint Petersburg, Russia’s second largest city, have given FIFA assurances that the Stadium will be finished by December 2016.

FIFA was considering taking matches at the Confederations Cup, where venues are tested ahead of the main competition the following year, away from the city due to construction concerns.

Plans for the venue have constantly been altered since building work began in 2007.

It is due to have a capacity of 69,000 and feature a retractable roof and removable football pitch, according to organisers.

Two other stadiums - Otkritie Arena in Moscow, and the Kazan Arena in Kazan - are due to host matches at the 2017 Confederations Cup.

The news comes as a delegation from world football’s governing body began a 10-day visit to inspect preparations for the 2018 World Cup, awarded to Russia in 2010.

Sochi is one of the cities which they are due to visit, along with Saint Petersburg, Nizhny Novgorod, Volgograd, Samara and Yekaterinburg.