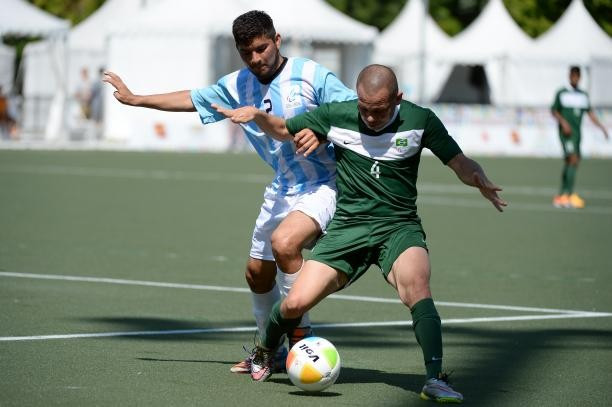 The draw has been made for the International Federation of Cerebral Palsy Football (IFCPF) Pre-Paralympic seven-a-side tournament due to take place in Salou.

Ukraine, the 2015 World Championship runners-up, will start the event in Spain as favourites and will play Netherlands and Argentina in Group A.

In Group B, world bronze medallists Brazil, who will be the hosts at the Rio 2016 Paralympics, have been paired in a four team group alongside Ireland, United States and Great Britain.

All of the countries involved have already booked their place in Rio de Janeiro in September, when an eight-team tournament will take place.

The Salou event can therefore be seen as a true dress rehearsal, although reigning Paralympic and world champions Russia will not be taking part.

The Russians will complete the line-up at Rio 2016 however.

The Salou tournament is scheduled to be held between April 30 and May 7 with the top two in each group progressing to the semi-finals.

Ireland manager Barry Ferguson said he was happy his country had been drawn in the larger group of four.

"We are really looking forward to the tournament and are delighted with the draw," he said.

"We are really happy that we are playing the extra game, as we knew beforehand that one group would only have three teams in it so we’re delighted to be in the group with four teams.

"There’s no doubt that it will be tough, particularly as we play three games in three days, but the experience will be really beneficial for the squad.

"We’re really looking forward to the matches, as we haven’t played USA in some time so it’ll be interesting to see how they are playing.

"We met Brazil a few years back and that was another very tight game, while the match against Great Britain will be very competitive and close without doubt."