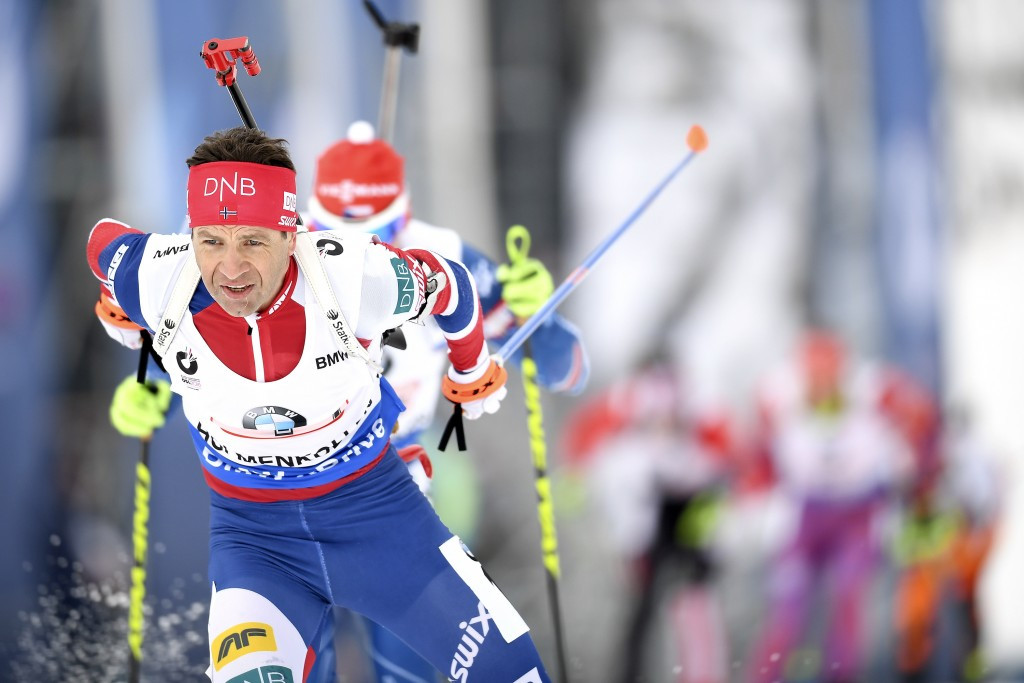 Norwegian biathlon legend Ole Einar Bjørndalen has resigned from the International Olympic Committee (IOC) Athletes' Commission after abandoning his plans to retire from the sport.

The 42-year-old, an eight-time Olympic and 20-time world champion, was elected onto the Athletes' Commission during the Sochi 2014 Games, after which he had planned to retire from competition.

He subsequently changed his mind and resolved to continue for another two years until last month's home World Championships in Oslo, being handed a temperary reprieve from all IOC activity by the body's President Thomas Bach.

This was on the condition that he granted the IOC his full attention thereafter.

But after confirming his intentions to continue competing for at least two more seasons, he has now conceded that he is unable to continue his IOC role and must therefore step down.

"I think it's best for everyone," he said when confirming his plans this morning.

"I do not have the opportunity to be involved in as much as I want."

Bach has backed the decision in a statement today.

“It was the correct decision since his sporting commitments did not allow him to carry out his function as IOC member in the way he wanted to," he said.

"We will stay in contact and we wish him all the best in his athletic career.”

Bjørndalen claimed gold in the 4x7.5 kilometres relay and also won two silver medals and one bronze at the Oslo World Championships, encouraging him to prolong his Indian Summer until, probably, the 2018 Winter Olympics in Pyeongchang.

He is further distracted by his announcement that he is expecting a child with Belarus' three-time Sochi 2014 champion Darya Domracheva, with whom his relationship was only publicly confirmed today.

Ironically, Domracheva was one of his rivals for the IOC Athletes' Commission post during the Russian Games.

A decision on Bjørndalen’s replacement on the Athletes’ Commission will be taken in "due course".

Elections are due to be held for four new spots during Rio 2016, with it possible this could be extended to five, although this would mean there would be less winter sporting representatives.

His resignation also leaves Gerhard Heiberg as the only Norwegian IOC member, with the 76-year-old having vowed to abandon his plans to retire this year in order to continue.

He can now serve for a maximum of four more years before he reaches the maximum age limit of 80.

Bjørndalen's resignation is embarrassing for the IOC, particularly given how Bach has so strongly defended him from criticism for his non-activity in recent years.

He missed the Extraordinary IOC Session in Monte Carlo in December 2014, the Candidate City Briefing on the 2022 Winter Olympic and Paralympic race in Lausanne in June 2015 and the following month's IOC Session in Kuala Lumpur where Beijing beat Almaty by four votes to host the Games.

He has done little within the Athletes' Commission and also stood down from his only other IOC role, on the Press Commission, in 2015.

His absence from February's home Winter Youth Olympic Games in Lillehammer prompted rising criticism from IOC colleagues, who warned that if you are not prepared to contribute you should not be a member.

This is particularly true as an active Norwegian member is seen as vital to improve the IOC's poor reputation in the country, with the organisation fiercely criticised during Oslo's unsuccessful bid for the 2022 Winter Olympics and Paralympics.

"I was lucky that the athletes in the world voted me forward," Bjørndalen added today.

"But then it was different - I got active in the IOC for about half a year, did some tasks and learnt how the IOC works.

"So I took the decision that I should continue.

"But the [Athletes' Commission] job is so big with a lot of traveling and is difficult to combine with something else."

Many other athletes have continued competing while actively serving on the Commission, however.

Section 3.4 of the IOC Charter stipulates: "Any IOC member shall cease to be a member without any further declaration on his part if, subject to force majeure, such member fails to attend Sessions or to take any active part in the work of the IOC for two consecutive years."

The IOC announced ahead of the Session in Kuala Lumpur, however, that Bjørndalen had been given special dispensation to be excused from IOC activities until after he had finished competing.

"There is no dissatisfaction linked to this," Bach said in Bjørndalen's defence during Lillehammer 2016.

"He said that he wanted to end a successful career with the World Championships in Oslo in March.

"As a former athlete I understand this.

"After the World Championships he will spend all his time on the membership of IOC Athletes' Commission.

"I'm sure Ole Einar will contribute in a great way within the IOC."