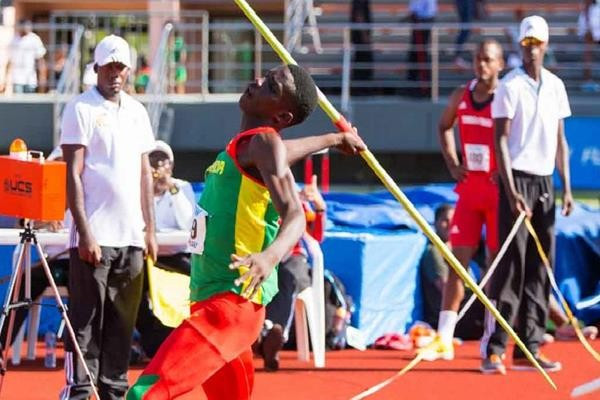 The three-day Championships, which saw athletes compete in under-18 and under-20 categories, was lit up by Peters second round javelin throw of 78.28 metres.

His effort saw him claim the under-20 title and also surpass the previous Games record of 77.59m, set by Trinidad and Tobago’s Keshorn Walcott back in 2012, before going on to win Olympic gold later that year.

Further success for the host country was achieved by Grenada's Candesha Scott in the women’s under-20 javelin competition with a Games record of 51.13m.

Coe attended the CARIFTA Congress on the final day of the Games and honoured its founder International Olympic Committee (IOC) member Sir Austin Sealy and Charles George, President of the Grenada Athletics Federation.

He also met with Grenada’s Prime Minister Keith Mitchell and presented medals to several athletes throughout the competition.

Trinidad and Tobago’s Khalifa St Fort was one of the rising stars of the sport to claim gold, the women’s world youth 100 metres silver medallist triumphing in the under-20 event in a time of 11.40sec.

Barbados’ Sada Williams proved to be the sprint star of the Games, claiming the women’s under-20 200m title in a time of 22.72.

She then clocked 52.07 to dethrone defending champion Shaquania Dorsett in the 400m, with her Bahamian rival managing 52.50 to win silver.

Jamaica ended top of the medals table at the 45th edition of the Games, winning 42 gold, 28 silver and 16 bronze.

Following the conclusion of the Games, the CARIFTA flag was handed to Curacao, hosts of the 2017 edition of the event.