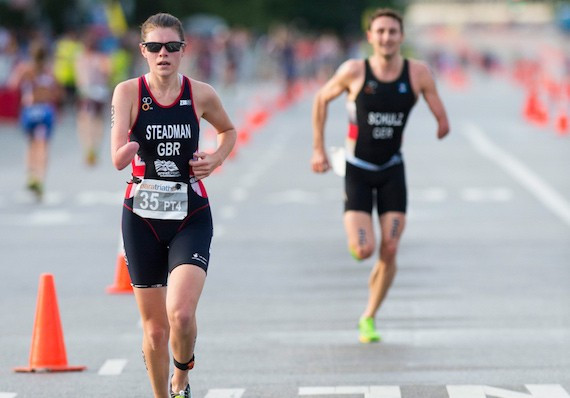 Lauren Steadman and Alison Patrick each qualified for this year's Paralympic Games in Rio de Janeiro thanks to their victories.

World champion Steadman triumphed in the women's PT4 event after finishing more than five minutes clear of her nearest rival.

The 23-year-old, a two-time Paralympian in swimming, completed the course in 1 hour 13min 00sec

Both Steadman and Patrick have now fulfilled British Triathlon selection criteria, so will be selected for the sport's Paralympic debut at Rio 2016.