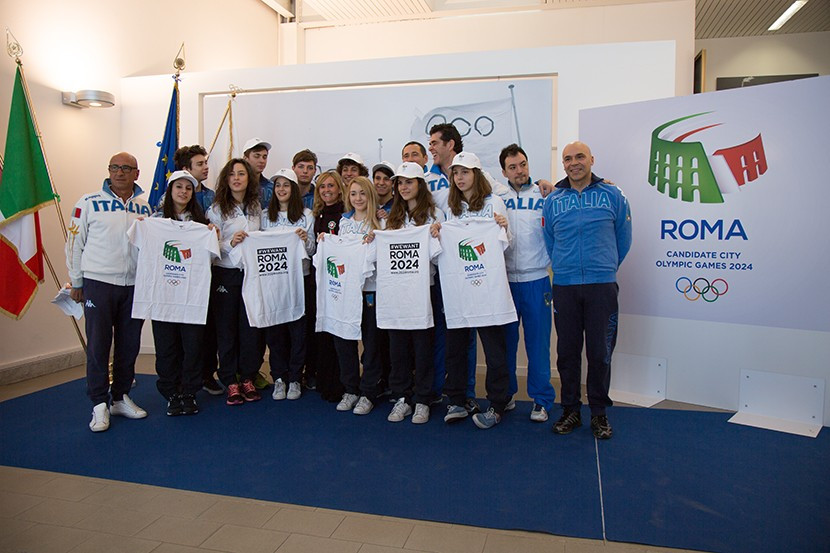 Malagò made his comments as the city's bid committee met with young fencers who they say are "ambassadors" of their Olympic ambitions.

Fencing is the sport which has provided Italy with its most Olympic medals, with 48 golds in a total haul of 83.

Two golds were won by Diani Bianchedi, the secretary general of Rome 2024 who won the team titles at both Barcelona 1992 and Sydney 2000.

She was on hand to meet the under-17 and under-20 competitors alongside Malagò, CONI secretary general Roberto Fabbricini and Italian Fencing Federation President Giorgio Scarso.

"Fencing is the discipline that has brought more medals to Italian sport," said Malagò to the youngsters.

"You are our ambassadors: if we are strong, credible, authoritative and winning in sporting events, this will help the bid."

Rome is battling against bids from Hungary, United States and France for the 2024 hosting rights, with Budapest, Los Angeles and Paris all in the frame.

"When you have opponents who have a great sporting tradition as Hungarian, US and French it is important to show everyone that we are already reaching out to future generations," Malagò added.

The fencers are currently preparing to travel to France for this year's Cadet and Juniors Fencing World Championships in Bourges, which take place between April 1 and 10.

"I still remember the first time I came to Rome to get the uniform of the national team," said Bianchedi.

"The word Italia that athletes have written on their chests is a great responsibility, but at the same time a great honour.

"I'm sure these young athletes will assert themselves, I wish them to be protagonists in the 2024 Olympics with the hope that it will be Rome to host the Games."

The meeting with the youngsters comes after Paris 2024 elected two teenagers to its Athletes' Committee.

Seventeen-year-old wrestler Koumba Larroque and 18-year-old decathlete Ludovic Besson, who are both Youth Olympians, were chosen as part of the French capital's "Generation 2024" project, which features French athletes who could compete at their home games in eight years time.

The International Olympic Committee will elect a 2024 host in Lima in 2017.