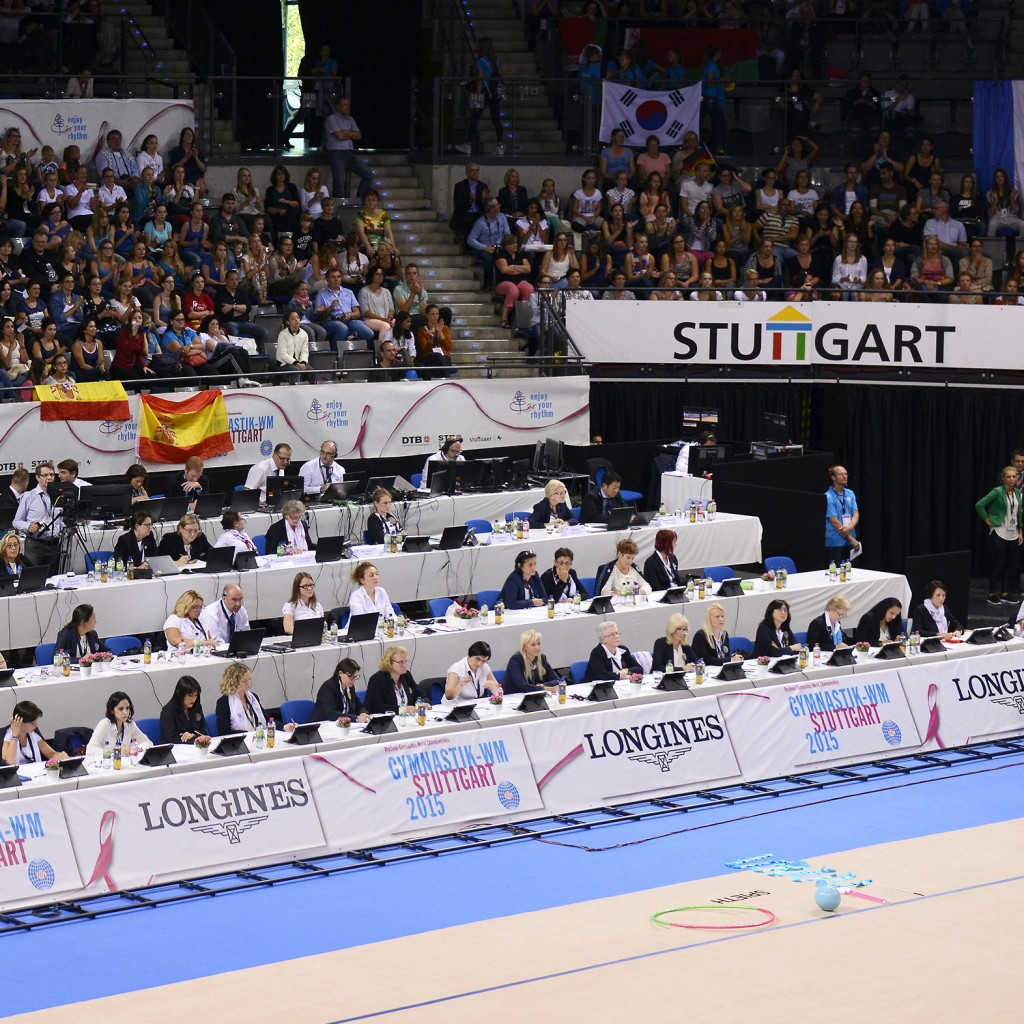 Two judges have been disciplined by the International Gymnastics Federation (FIG) for biased scoring at the 2015 Rhythmic Gymnastics World Championships in Stuttgart, it has been announced.

Azerbaijan’s Yevgeniya Zhidkova has been suspended from all participation in FIG activities and other competitions for a three-month period.

She was found to have been favourable towards three gymnasts and the Azerbaijani group during individual and group qualifications.

Maja Selak of Croatia has also been sanctioned as she has been warned after her scores were biased in favour of a gymnast from her country.

Both judges will have the right to appeal their respective punishments handed down by the Disciplinary Commission, comprised of Michelle Duncan, Paul Engelmann and Bernhard Welten, to the FIG Tribunal within 21 days of being notified of their sanctions.

FIG launched an investigation after they conducted a review of the scoring at the event, held from September 7 to 13.

A commission evaluating the marks at the competition found a series of irregularities and therefore decided to conduct a further probe.

Lidia Vynogradna of the Ukraine, France’s Isabelle de Cossio, Ariel Milanesio of Argentina and Finland’s Saila Pitkanen were given commendations for their “level of excellence” at the World Championships in the German city, according to FIG.

The news comes after FIG President Bruno Grandi, who will step down from his role after 20 years at the helm later this year, insisted that gymnasts competing at Rio 2016 can take part safe in the knowledge that scoring at the Olympic Games would be fair.

A judging controversy at 2004 Olympics in Athens, which brought the reliability and objectivity of the scoring system into question, led to the entire system being overhauled.

The change, introduced in 2006, means it is no longer possible for a gymnast to score a perfect 10, like Romania's Nadia Comăneci famously did at Montreal 1976.

The sport has struggled with the issue of fair judging at several of its flagship events, including the Artistic Gymnastics World Championships in Nanning in China.

A total of seven judges who officiated at the competition in the Chinese city were issued with warnings and were told to “pay closer attention” at future events.