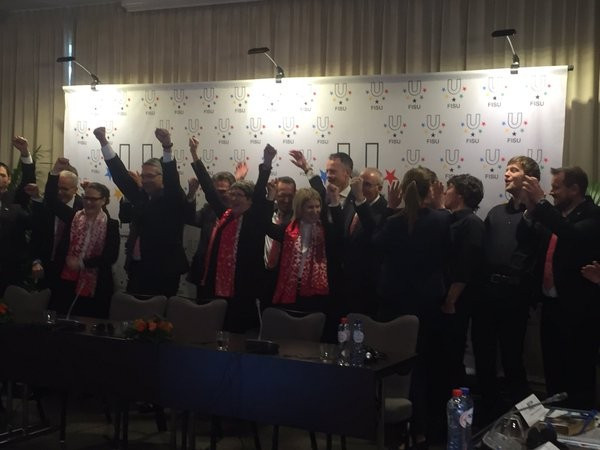 Lucerne has been awarded the hosting rights for the 2021 Winter Universiade, the International University Sports Federation (FISU) has announced.

The Swiss city was the only bidder for the event with FISU's Executive Committee making its decision at a meeting in Brussels today.

Switzerland last hosted the Winter Universiade in Villars in 1962, with the bid team making a presentation today ahead of the FISU verdict.

The decision comes after an Evaluation Committee from FISU visited Lucerne last month.

Among the facilities they attended were the proposed venues for curling, freestyle snowboarding and freestyle skiing in Engelberg.

There was also a presentation at Lucerne University by Urs Hunkeler, head of the bid.

The Swissporarena stadium, home of Swiss Super League football side FC Luzern, has been tipped for the opening ceremony.

It is hoped the event will enhance the city’s reputation as a centre for education and culture.

The next Winter Universiade is due to take place in Almaty, Kazakhstan, in 2017.

The 2019 edition has been awarded to Krasnoyarsk in Russia.