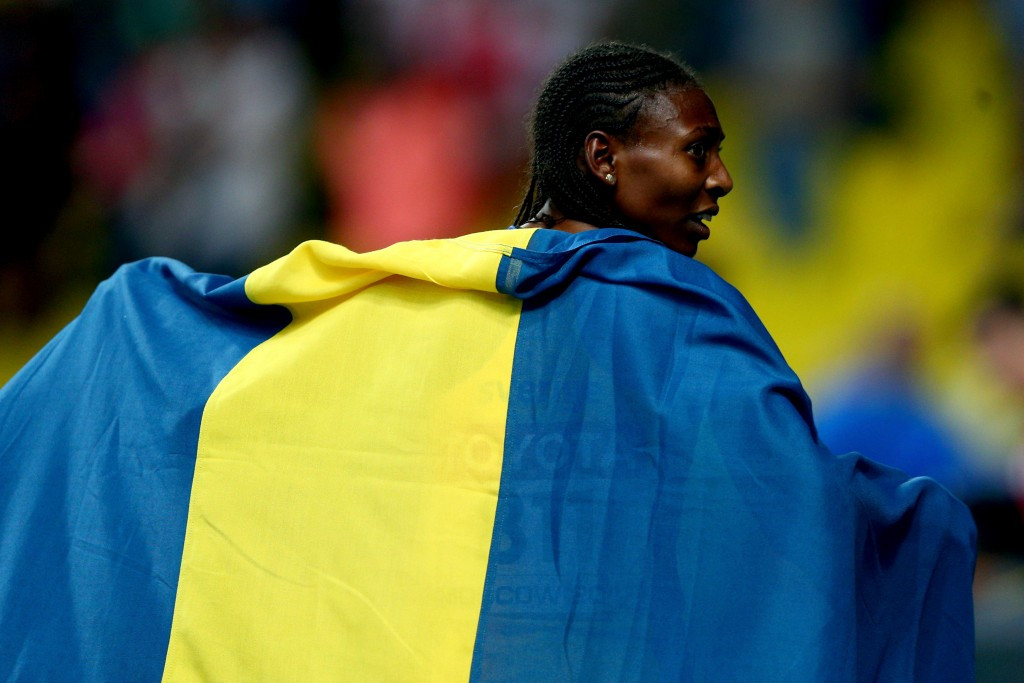 The news was confirmed by the International Association of Athletics Federations  (IAAF) and the Swedish Athletics Federation, who said the Ethiopian-born athlete had withdrawn from running in any races following an out-of-competition urine test, believed to be in Addis Adaba in January.

Aregawi cited the recurrence of a back injury for her late withdrawal from last Wednesday's mile race at Stockholm’s Globen Galan meeting, where the current world 1500m champion, Ethiopia’s Genzebe Dibaba, set a world record.

“It is with dismay and with extreme disappointment we have to leave this message,” Swedish Athletics secretary general Stefan Olsson said in a statement.

“We totally reject all forms of cheating, doping and illegal means. We have a zero tolerance, and this is totally unacceptable.”

"In the meantime, the athlete has requested the analysis of the B sample which will be conducted shortly.

“The IAAF and the Swedish Athletic Federation will not make any further comment until completion of the result management procedure.”

Aregawi, the current World Indoor 1500m champion, earned her world outdoor title in 2013, her first year of representation for Sweden, beating Jennifer Simpson of the United States and Kenya’s Hellen Obiri to the gold.

The news comes just days after the Swedish newspaper Sports Expressen revealed that Aregawi – fifth in the Olympic 1500m final at London 2012 in her last race for Ethiopia - had been caught in a row over unpaid taxes after telling Swedish authorities she had never lived in the country and so was not liable for tax.

This was at odds with a citizenship application made by the 25-year-old which entitled her to start competing for Sweden in 2012, according to the tax authority.

Before the news of her positive test broke, Swedish Athletics made it clear that they were happy for her to compete in the forthcoming IAAF World Indoor Championships in Portland, Oregon, due to take place between March 17 and 20.

Olsson told Reuters the controversy would not affect Aregawi's participation in Portland but that she would be asked to explain the situation.

“At the moment there is nothing to suggest that it will affect her sporting efforts.”

Two years ago Aregawi also had to defend herself against allegations that she had deliberately entered a "sham" marriage with an Henok Weldegebriel, an Ethiopian-born Swede -  whom she divorced shortly afterwards - in order to get citizenship.

She is now married to Ethiopia’s Yemane Tsegay, silver medallists in the marathon at last year’s IAAF World Championships in Beijing.