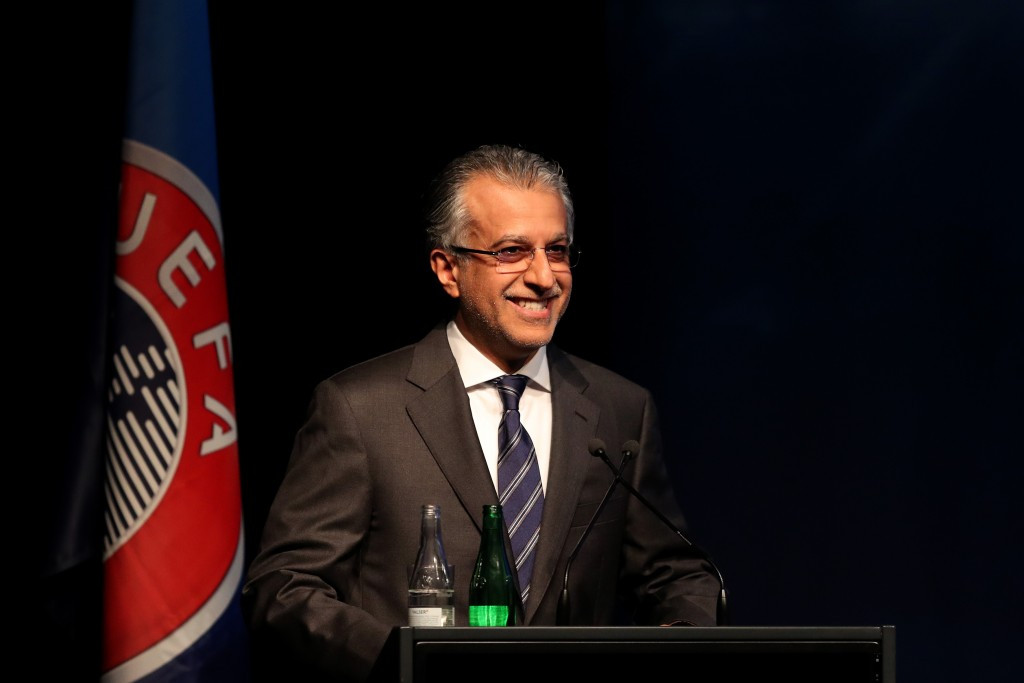 If Suketu Patel, CAF first vice-president, is correct, then this election is over: Shaikh Salman bin Ebrahim Al Khalifa, the candidate whom CAF has recommended that its 54 Member Associations support, will on Friday become the first Asian FIFA President.

But is he? After all, Patel was speaking in the same hotel and, if I am not mistaken, on the very same platform as that used last May by UEFA President Michel Platini when he urged Member Associations of the European football body to back Prince Ali bin Al Hussein of Jordan.

Not enough did and incumbent FIFA President Sepp Blatter was able to cling onto power, albeit as it turned out for a very short period.

My considered judgement, having spent a chunk of time with African football officials since arriving yesterday, is that if the election were tonight, Shaikh Salman would secure if not 50, then more than 40 African votes.

Patel and the Confederation’s second vice-president Almamy Kabele Camara went out of their way to emphasise to assembled reporters both that all six zones into which CAF is divided supported the recommendation to vote for Salman and that quite a few Member Associations had in the past approached the Confederation advocating that he be the preferred candidate.

At the back of the room, taking sustenance after a long two-and-a-half-hour meeting, Member Association delegates were decidedly more reticent, with few willing to express a preference.

Later, at the bar, however, the ambiance was more relaxed: “45 votes minimum for Salman” was the verdict of one official, explaining how, as a relatively poor continent, African delegates were torn between pledges of extra development funding and worries that such promises were not affordable in the current climate.

But of course, the election is not until Friday afternoon, and, when it comes to sports politics, history has demonstrated plenty of times that the final hours of an electoral contest can prove decisive.

The candidates will also each have the opportunity to address the Congress before voting takes place, with the very real possibility that what they say could sway at least second-preference votes, which might yet make a difference.

The five candidates have, for the most part, avoided the spotlight, busily courting voters gathered for a series of meetings, as if they still believe that each and every convert to their cause might count - although Tokyo Sexwale, the rank outsider, has won favourable reviews for the humour in some of his comments.

There has been not a peep out of Blatter, but for the occasional reference to an interview he gave to RTL.

If last May’s FIFA Congress was a Jacobean melodrama from first to last, this has so far been more like a Jane Austen novel, with a cast of characters trying to read each other’s coded signals.

We in the media have been reduced to similar behaviour, such as attempting to work out whether Russian sports minister and FIFA Executive Committee member Vitaly Mutko’s reference to FIFA spending its rainy day fund, reported by TASS, was intended as a warning against the extra development spending advocated by UEFA general secretary Gianni Infantino and others.

The closest thing to a cliffhanger - apart from the obvious - has been whether the Equatorial Guinea delegation, delayed in transit, will make it to Zurich in time.

That, like the identity of the man set to become one of the most powerful figures in world sport, will be made clear tomorrow.