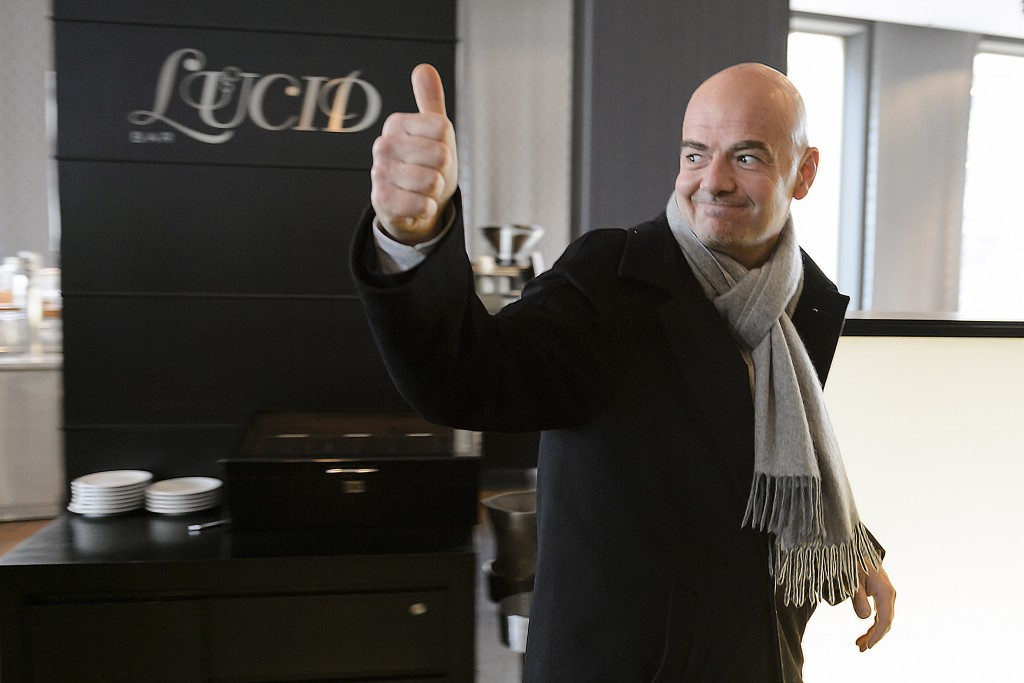 FIFA Presidential candidate Gianni Infantino has received the backing of disaffected territories Crimea and Gibraltar in his bid for the top job at world football’s governing body.

Their support, however, highlights how they feel Infantino being elected FIFA President would benefit the lesser nations worldwide.

Crimea Football Union (CFU) President Yury Vetokha told TASS that the organisation, formed with special status following approval from UEFA last year, though they have not been granted official recognition, claims the Swiss “is more familiar with problems of the Crimean football than the rest”.

Vetokha also confirmed they were behind the decision of the Russian Football Union, led by Sports Minister and FIFA Executive Committee member Vitaly Mutko, who recently announced their support for Infantino.

It has been claimed, however, that the RFU may be considering a switch in allegiance to Shaikh Salman after Russian Foreign Minister Sergey Lavrov declared that his country and Bahrain had “pledged to join actions in the election of the FIFA President” following talks between Vladimir Putin and Bahrain's King Hamad bin Isa Al Khalifa.

The Gibraltar Football Association (GFA) have also declared their backing for the Swiss, UEFA’s general secretary since 2009, though they are not a member of FIFA.

They are, however, attempting to gain recognition and have appealed to the Court of Arbitration for Sport over the issue.

The GFA was granted UEFA recognition in May 2013 and the Gibraltar national team have participated in their first-ever qualification campaign for Euro 2016.

“The Gibraltar FA has enjoyed an excellent relationship with Mr Infantino over the past three years and has been able to witness, at first hand, his diligence and efficiency in his role as well as his passion for football,” a spokesperson for the organisation said.

“The Gibraltar FA is confident that Gianni represents the change that FIFA so desperately needs and wishes him every success in the forthcoming election.”

The 45-year-old has today been given the support of six Nordic Football Associations - Denmark, Sweden, Norway, Finland, Iceland and Faroe Islands – who have all agreed to vote for Infantino in tomorrow’s election.

It has been claimed, though, Shaikh Salman may take a higher proportion of European votes than had previously been intimated.