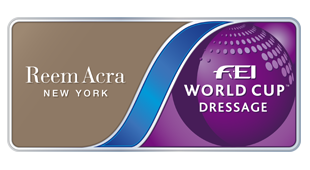 Werth had triumphed on her horse Weihegold OLD in Amsterdam at the end of January after scoring a total of 83.450 points.

She achieved a similarly impressive total in Germany, with an excellent performance placing her at the top of the Western European League standings.

The five-time Olympic gold medallist was given a score 84.600 from the judges to move to the top of the leaderboard in front of her home crowd, with the tally proving too high for her rivals to overhaul.

Jessica von Bredow-Werndl secured a second place finish behind her compatriot after scoring 80.900.

The Netherlands’ Jerich Parzival clinched the final podium place at the end of the 15-rider competition, with the 19-year-old rider scoring 78.775 on her horse Adelinde Cornelissen.

"I was hoping for a good score, but you never know until the end,” said Werth, a two-time World Cup winner, following her victory.

“My horse is in good shape but I was not expecting this electric atmosphere so I’m completely happy that she dealt with it.

“There was one mistake, but were were more with the music today, the whole thing had more shape to it and it was more experience for my mare.

“We are getting more confident with each other and with the music, and that was the whole thing basically.”

The result put Werth at the top of the League standings on 77 points ahead of the final event, due to take place in ’s-Hertogenbosch on March 12, with von Bredow-Werndl second on 66.

Both riders will be hoping to consolidate their positions at the event, ahead of the World Cup Final in Gothenburg, scheduled to take place from March 23 to 28.