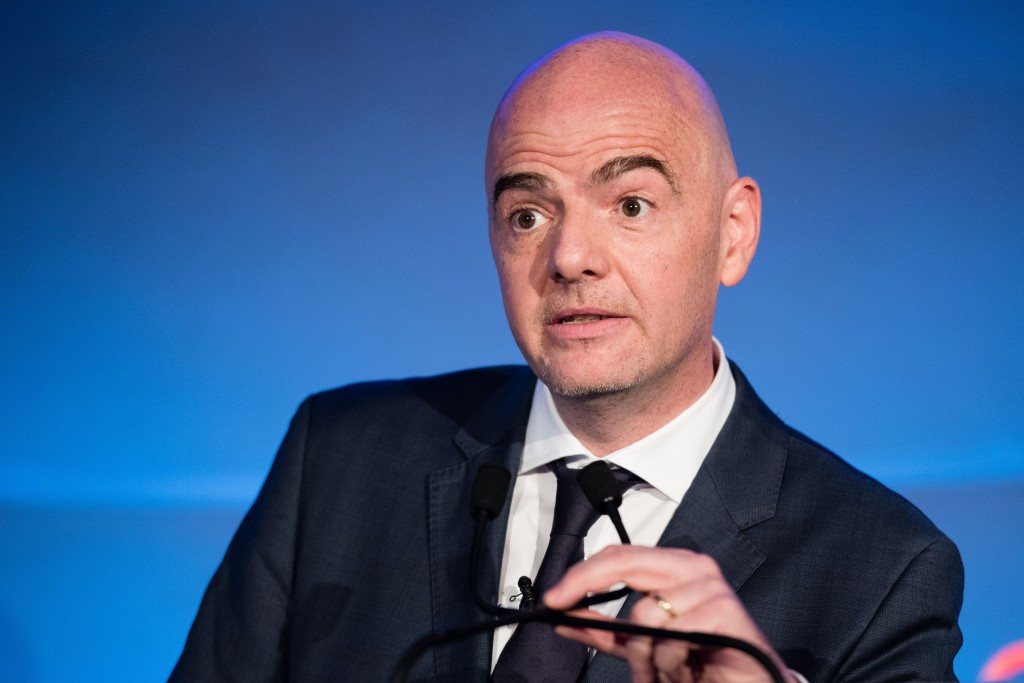 The Swiss, who has emerged as one of the frontrunners for the top job at world football’s governing body, wrote a letter to campaign group Human Rights Watch in which he made a jibe at the President of the Asian Football Confederation (AFC).

Shaikh Salman, who remains the favourite to succeed banned FIFA President Sepp Blatter at the Extraordinary Elective Congress in Zurich on February 26, has been accused of overseeing a committee which targeted athletes who participated in anti-Government protests five years ago.

He has always strenuously dismissed the claims and recently told Sky Sports he was “one million per cent” certain that Bahraini competitors had not even been tortured as had been suggested.

Despite maintaining his innocence, the allegations have overshadowed his campaign to date and were thrust further into the limelight when Prince Ali accused Shaikh Salman of not doing enough to protect Bahrain's players in a recent press conference in Geneva.

Infantino, who has been the general secretary of European football’s governing body since 2009, made the comments in the letter after Shaikh Salman signed an amended version of a human rights pledge put forward by Amnesty International.

The Swiss also vowed to urgently organise a meeting with Human Rights Watch within a month if he is successful in his campaign for the FIFA Presidency.

“It is a simple act to sign a ‘pledge’, yet the real test of a pledge and the character of the person signing it is in their concrete actions, not words,” he said.

“During my time as general secretary of UEFA, I have taken very strong measures to combat all forms of discrimination and racism and there can be no doubt that UEFA is absolutely committed to the respect and promotion of human rights.

“I believe that this approach of meeting face to face and having a constructive dialogue is more effective than simply signing a ‘pledge card’.”

English Football Association chairman Greg Dyke has also questioned Shaikh Salman’s campaign after he told the Victoria Derbyshire show on the BBC that he “had his doubts” about the AFC President.

“I think there is an issue about Bahrain,” Dyke, who will step down from his role in July, said.

“No one denies there were violations of human rights involving sportsmen and footballers that went on four years ago.

“No one denies that.

“The denial is over whether or not he was involved.

“The question is, does it matter whether or not he was involved, or is it the fact, can you have someone from Bahrain running world football, in charge of world football, given what happened there four years ago?

“I personally have my doubts.”

Infantino has again dismissed claims he may strike a deal with Shaikh Salman, which would see him become the Bahraini’s number two at FIFA, ahead of next week’s election.

The AFC chief suggested last week that it would be better for the governing body, which remains engulfed in the biggest corruption scandal in its history, if voters got behind one candidate but the UEFA general secretary’s spokesman Onofre Costa told Russian news agency TASS that Infantino wouldn’t consider joining forces with any of those in the running for the top job at FIFA.

It follows reports that all five candidates will meet on Wednesday (February 17) to discuss the election.

“We are not aware of such meeting,” Costa said.

“Gianni Infantino is confident that he will have the support of the majority of the Federations on the 26th of February.

“He won’t make any suggestions to any of the other candidates whom he respects without exception.”

Frenchman Jérôme Champagne and South African businessman Tokyo Sexwale are also in the running for the FIFA Presidency.

Today also saw Michel Platini, the UEFA President who was banned from football for eight years over the disloyal payment scandal, face his appeal hearing at FIFA after he challenged the ban.

"I've done nothing and I'm not afraid of anything," said the Frenchman.

"If I had anything to reproach myself for, I would be hiding in Siberia in shame."

The hearing of Blatter, who is accused of paying Platini, will take place tomorrow.