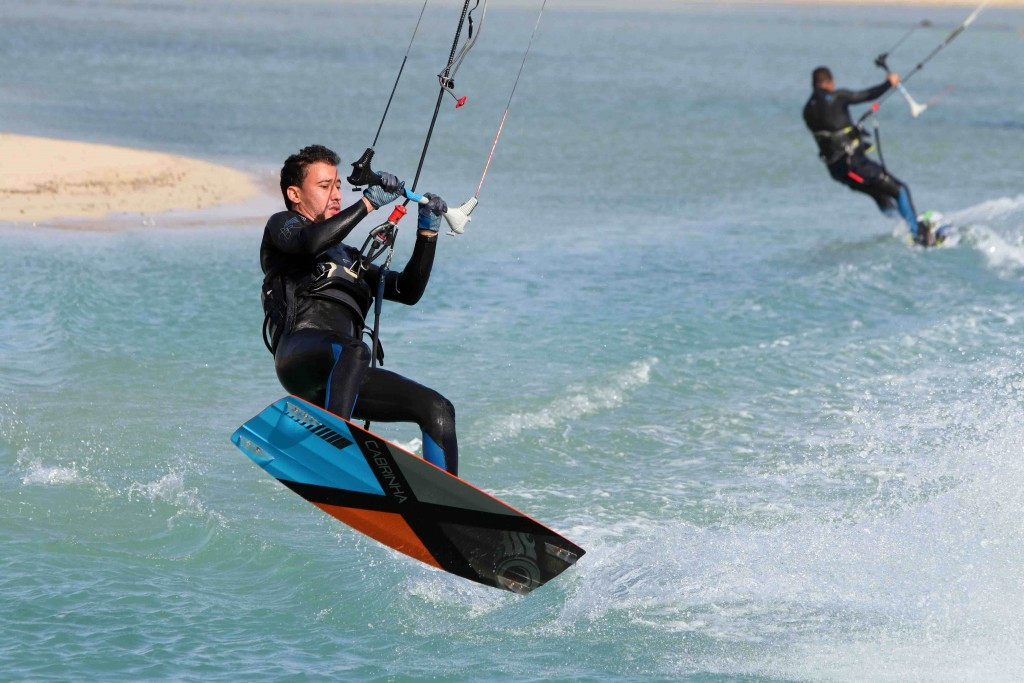 New World Sailing chief executive Andy Hunt has become embroiled in a row between two rival kiteboarding world governing bodies, warning one does not have the right to seek to build relations with either the International Olympic Committee (IOC) or SportAccord.

The Portuguese-based International Federation of Kitesports Organisations (IFKO) was set up last October as a direct rival to the World Sailing-backed International Kiteboarding Association (IKA).

Kiteboarding - an extreme sport which combines wakeboarding, windsurfing, surfing, paragliding, and gymnastics - was briefly chosen to replace windsurfing on the Rio 2016 Olympic programme in May 2012 by the International Sailing Federation (ISAF), which rebranded as World Sailing last year.

All major IKA-Championship events remain under the auspices of the sailing world governing body, however, with handing back control of the sport to the kiteboarding community a major motivation behind the formation of the IFKO.

Having the "responsibility and duty to manage and to monitor the everyday running of the world's various sports disciplines" are cited as objectives on the iFKO website, along with obtaining International Olympic Committee (IOC) recognition and becoming a member of SportAccord,

Hunt, the former British Olympic Association chief executive, who took up his World Sailing role last month, has sent a letter requesting the body to remove and stop publishing any information which associates the organisation with the IOC and plans for the sport.

"IFKO is not currently a member of SportAccord and, therefore, has no formal recognition," added IKA President Mirco Babini in a release issued by his body announcing Hunt's letter.

"A prerequisite for membership is that the applicant's sport is different from any sport that is governed by a current SportAccord member,"

"It is, therefore, unlikely that IFKO will be granted membership and World Sailing is currently waiting for confirmation of this by SportAccord.

"We regret that IFKO does not comply with worldwide recognised principles for the recognition of International Federations."

A SportAccord spokesperson told insidethegames today: "IKFO are not a member of SportAccord; however, they have shown an interest."

Avoiding duplication within the SportAccord membership has been among proposals discussed for inclusion in the organisation's new statutes which are currently drawn-up, with World Karate Federation President Antonio Espinos one figure who has repeatedly warned of the dangers of rival bodies.

The dispute also bears similarities with moves by snowboarders to resist the sports amalgamation into the International Ski Federation in the 1990s.

Skateboarding have also acted similarly when the sport was proposed for inclusion at the Tokyo 2020 Olympic Games last year under the auspices of the International Roller Sports Federation, rather than a specific skateboarding body.