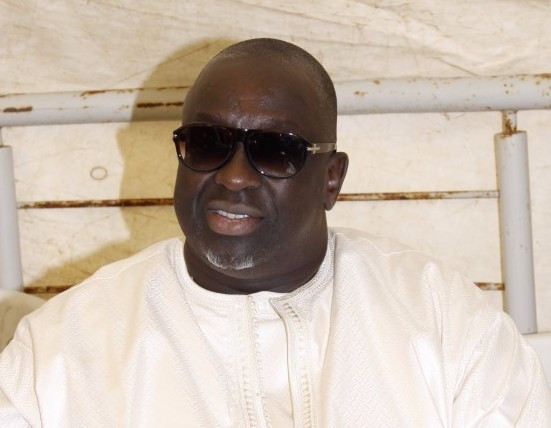 Papa Massata Diack, Valentin Balakhnichev and Alexei Melnikov will all contest their life bans from athletics at the Court of Arbitration for Sport (CAS), it has been confirmed today.

The trio were all handed the ultimate sanction by the International Association of Athletics Federations (IAAF) Ethics Commission last month which ruled they were part of a blackmail plot that covered up Russian doping failures.

They were all charged in relation to payments totalling approximately £435,000 ($634,000/€583,000) made by Russia's Liliya Shobukhova, the 2010 London Marathon winner and three-time Chicago Marathon champion, in order to hide violations.

Balakhnichev, the former All-Russia Athletic Federation (ARAF) President and the Soviet Union national athletics coach from 1978 to 1984, had previously announced his intention to appeal.

Today, however, is the first confirmation that Diack and Melnikov will be doing the same.

Papa Massata Diack, the marketing consultant son of former IAAF President Lamine Diack, is wanted for alleged corruption and money laundering in France and is currently in his home country Senegal.

A "red notice" for his arrest has been issued by Interpol but Senegalese Prime Minister Mahammad Boun Abdallah Dionne said that he would not be extradited.

This appears to mean that he would be unable to attend his CAS hearing in Lausanne in Switzerland in person.

Lamine Diack is also the subject of a criminal investigation in France.

"Three appeals have been filed at the Court of Arbitration for Sport (CAS) against the International Association of Athletics Federations (IAAF) Ethics Commission decision dated 7 January 2016," a CAS statement said.

"Valentin Balakhnichev, former President of the All-Russia Athletic Federation (ARAF), Alexei Melnikov, former Chief ARAF Coach for long distance walkers and runners, and Papa Massata Diack, former marketing consultant to the IAAF, all seek to have their life bans from involvement in the sport of track and field annulled.

"CAS arbitration procedures are in progress.

"The CAS will not comment any further at this time."

In publicly announcing his intention to appeal, Balakhnichev has strongly denied any wrongdoing.

"I'm not afraid of anything.

"There are a lot of words but no proof that I got money or sent money or took money from athletes.

Russia's Sport Minister Vitaly Mutko, however has said there is "no sense" in Balakhnichev challenging the Ethics Commission ruling.

It has not yet been announced if Gabriel Dollé, a former IAAF anti-doping director who was banned for five years for his role in the blackmail plot, will appeal.