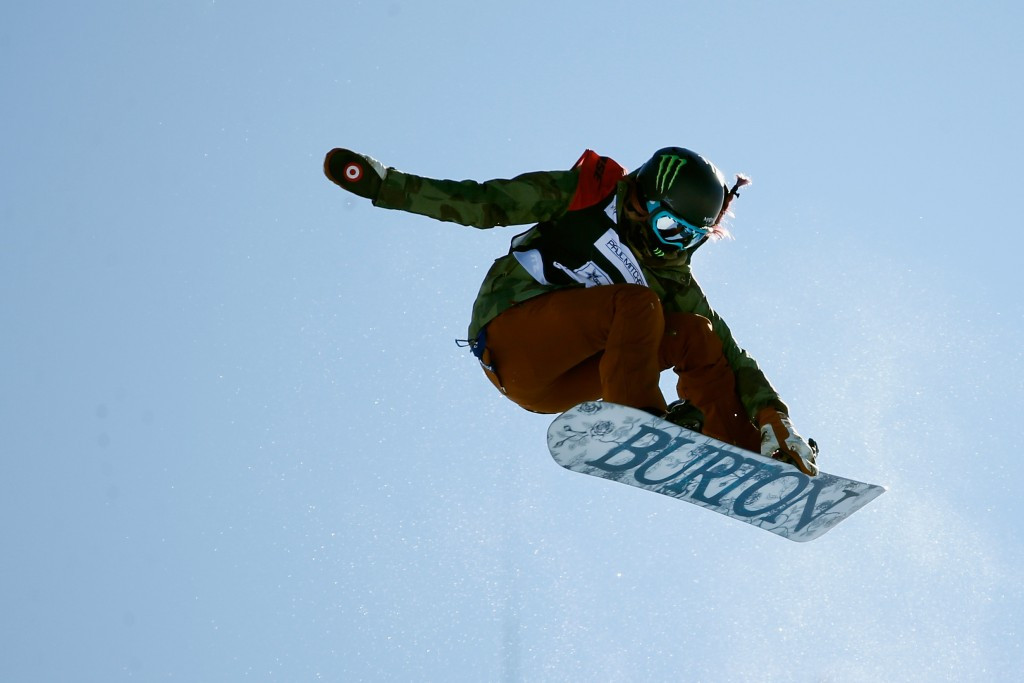 Kim’s first run was nearly perfect before she unexpectedly fell on the last hit to earn a score of 63 points.

She atoned for that error on her second run, soaring up to 14 feet above the pipe for a huge score of 95 points.

No other rider came close to matching it, as she took top honours ahead of fellow American Arielle Gold, who scored 86 points, and China’s Cai Xuetong with 80.33.

"It was pretty crazy, but I put down the run I really wanted to, and I’m just so happy about my riding," said Kim.

"I was so stoked I was able to put one down with all this snow.

Kim wasn’t the only American female making her mark on the fourth and last day of competition as veteran Lindsey Jacobellis came out on top in the women's snowboarder X event.

The 30-year-old clocked a time of 1 min 0.957sec to claim the 10th Winter X Games gold medal of her illustrious career.

The day began with the men's ski slopestyle event, as New Zealander Jossi Wells sealed a relatively convincing victory with a best run of 90 points.

He was joined on the podium by the US's Gus Kenworthy with 87.33 points and Norway's Oystein Braaten with 84.33.

Finland's Matti Suur-Hamari won his first Winter X Games gold medal when he claimed victory in the snowboarder X adaptive event with a final run of 1:04.820.

Australia’s Jarryd Hughes also came away with his first title at the annual event, winning by a slim margin in the men's snowboarder X with a time of 59.292.