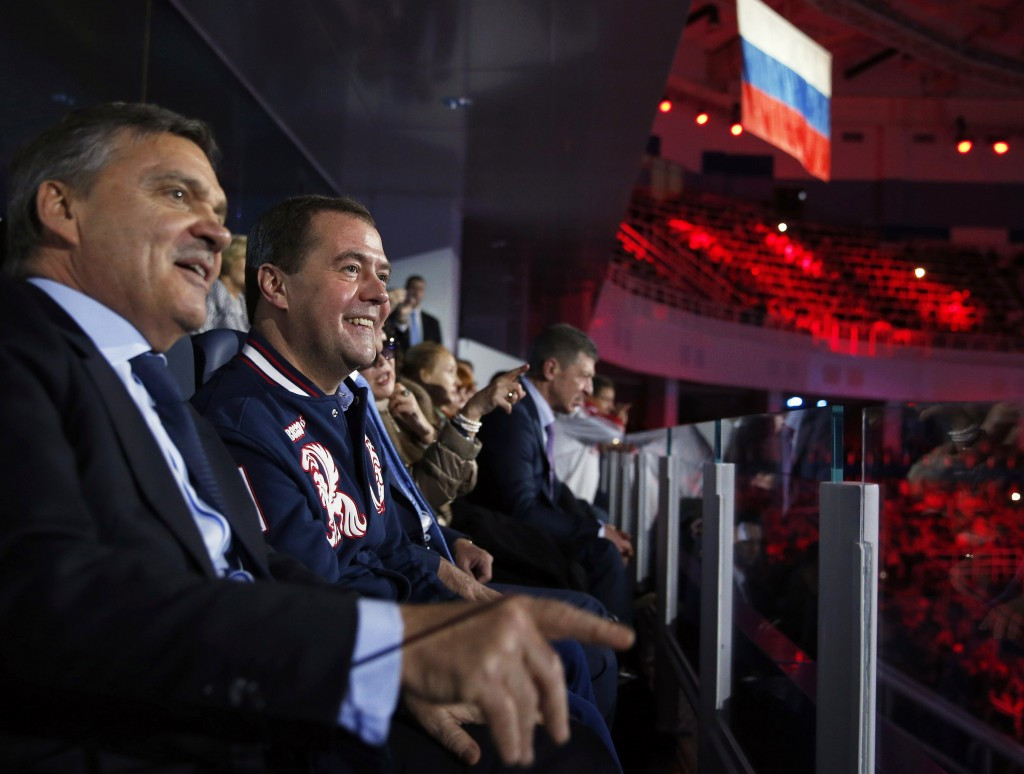 Former Kontinental Hockey League (KHL) chief Alexander Medvedev has ruled himself out of the running for against René Fasel for the position of President International Ice Hockey Federation (IIHF) after admitting there was “no sense” in entering the race due to the close relationship between the Swiss and Russia.

Medvedev had originally told Russian news agency TASS he was considering launching a campaign against Fasel and had investigated the possibility of standing as a special member of the IIHF, rather than from Russian hockey’s governing body.

Mutko, however, has made it clear they are firmly behind Fasel, who is known to have a close personal relationship with Russian Vladimir Putin.

“We have a coordinated position of the Ice Hockey Federation of Russia and the Sports Ministry that Russia supports René Fasel at the elections,” Medvedev said.

“I don’t see any sense in taking part in the elections just for the sake of creating competition.

“So, I wish Fasel luck at the Presidential elections for the next term.”

Fasel, who will stand for re-election during the Ice Hockey World Championships in Moscow, due to take place between May 6 and 22, has personally invited Putin to the Opening Ceremony of the event.

Speaking to TASS, the Swiss revealed he expected Putin will go to some of the matches, due to be held in the capital, as well as St  Petersburg, and claimed he would “be happy” if the President agreed to attend the Ceremony.

Fasel has been leading an IIHF Commission visit to Russia to inspect their World Championship preparations.

“I am glad that we had the chance of discussing all issues,” Mutko said following Fasel’s visit.

“The IIHF President keeps all issues under his personal control.”

The event in Russia will be the seventh time the country has staged the IIHF’s flagship competition.