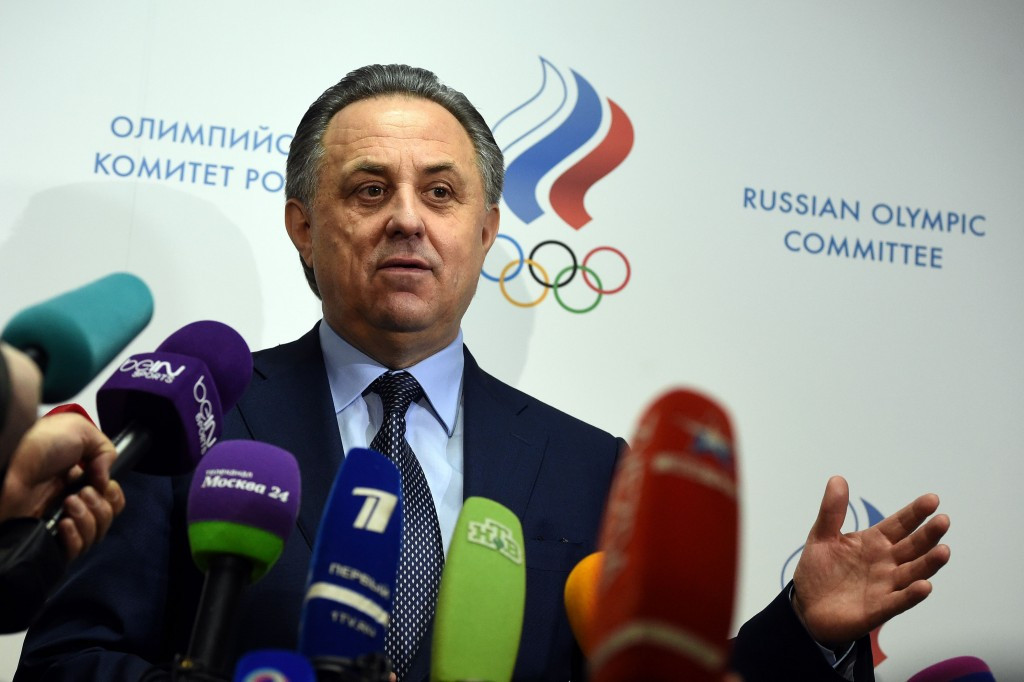 Russian Sports Minister Vitaly Mutko says he "cannot imagine" the Rio 2016 Olympics taking place without his country's athletics team - because he wants to renew rivalries with the United States.

In an interview with TV channel Match-TV,  the politician appeared confident that the ban issued to Russia by the International Association of Athletics Federations (IAAF) would be lifted in time to allow for participation at this summer's Games in Brazil.

He also claimed that between 60 or 70 athletes had already been earmarked as potential track and field competitors in Rio.

The IAAF handed out the sanction after the World Anti-Doping Agency (WADA) Independent Commission report revealed widespread state-sponsored doping in the country, as well as cover-up and blackmail plots.

An IAAF Task Force has been charged with overseeing Russia's potential reinstatement, with the country given a list of targets it must meet to be welcomed back into the fold.

However, no timeframe for a return has been set, so the risk of Russian athletes missing Rio remains as a very real possibility.

The All-Russia Athletic Association (ARAF) appointed a new man to oversee the crisis on Saturday (January 16) with Dmitry Shlyakhtin, the Minister of Sport of the Samara Oblast region, elected unanimously at a meeting in Moscow.

"I cannot imagine myself the Olympic tournament without the competition between the American and Russian athletes," Mutko said.

"Such competition always serves as a treat at all tournaments.

"As of today, we have amassed a number of problems in the national field and track athletics and must now settle calmly all of them.

"A new managing staff of ARAF was elected on Saturday, we have restored a proper control over the Federation and elected the new president - Dmitry Shlyakhtin.

"We have also defined a group of potential candidates for the trip to Rio de Janeiro.

"The group includes between 60 and 70 athletes, who will be systematically training for the Games."

Russia and the US are traditional global rivals, with tensions during the Cold War era spilling over into the sporting arena.

Meanwhile, Rune Andersen, the head of the IAAF Task Force, welcomed the arrival of Shlyakhtin and a host of other new appointees with the ARAF.

"We look forward to working with the new chairperson and Council of ARAF," he told TASS.

The Task Force is due to report its first findings at the IAAF Council meeting in Cardiff on March 27, with no lifting of Russia's ban possible until after then.