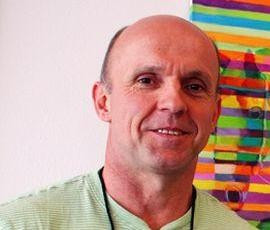 Are we fighting a losing battle trying to stop athletes taking performance enhancing drugs? Is cheating just so much a part of “our” collective genetic makeup that it can never be eradicated from sport? Is the only option to throw more money at it, and make the offenders criminals and put them in prison, or is there an alternative, albeit extreme option?

What if we went the other direction, and did a 180, and created an entirely new “genre” in the sports world, where it would be not only legal to take PEDs, but you would actually be encouraged to take them?

We have the Olympic and Paralympic Games for abled and disabled athletes. Why not add another section for enabled and enhanced athletes? Creating Super-Olympics would give those individual athletes and state sponsored programs that want to cheat a stage and an outlet. Could this be the solution? Maybe, just maybe, these “cheats”, be it individuals or statewide programs, would then self-purge themselves and move to the new platform, a sand box created especially for them, where they could go and play. Then the decks would be cleared and our current system could be cleaned up.

Now for this to become a reality, we would have to do away with little things like ethics and morals, and also get past all those pesky legal issues and obvious health concerns. But if we could do all that, then we would be all set, and ready to embark on a new chapter in the sporting world.

This new genre of “Super-Sports” with “Super-Athletes” would have categories similar to the Paralympics, but now it would be for how “enabled” and “enhanced” the competitors were. There would be the pharmaceutically aided, the genetically engineered and cybernetically enhanced categories. And of course, there would have to be the “all in” category where everything is allowed – if we did go down this path, we might as well go all the way to the extreme, right?

With the explosion of extreme sports like base jumping and snow kiting and the popularity of extreme racing where you finish the race jumping over fire, maybe the world is ready for a “Super-Olympics”. It would literally be like the “X” Games on steroids!

Possessing super-human powers and having extraordinary talents fascinate people of all ages, in all cultures. In ancient Greek religion and Greek mythology, there were the Twelve Olympians who were the major deities of the Greek pantheon. Their super-human powers ranged from throwing lightning bolts to being invisible.

Today super-humans can be seen all around us in comics, magazines, books, cartoons, TV shows and huge conventions like San Diego’s four-day Comic-Con International, attended by some 130,000 mortals. And just look at the record number of films coming out this Olympic year about superheroes. Hollywood producers wouldn’t be making so many big budget movies if they didn’t think there was a huge market. They want to make money. Is it just coincidence it happens to be in an Olympic year?

But the real question is would people be interested in a Super-Olympics? Would they come and watch super-athletes perform super-human feats of speed, strength, agility and endurance, if they knew that the performances were “enhanced” and not “all natural”? Would you watch? Wouldn’t you like to see a seven second 100 metre sprint, a 12m long jump or a 500 kilogram clean and jerk?

If the interest is there, the money would follow from TV rights and ticket sales, but what about sponsorships? What companies, organisations or individuals would want to sponsor and be associated with “super-athletes” and the “Super-Olympics” in this new genre? Pharmaceutical and biotech companies, supplement companies, hospitals, physical therapy chains, medical supply companies, surgeons, doctors?

The potential new revenue stream from TV, ticket sales, sponsorships and endorsements in “super-sports” could be huge. It would be a whole new world, with new markets and a new younger audience. So why don’t we at least consider this, if it could be so lucrative and entertaining? It could solve so many of our current problems.

The reason I believe we don’t consider this, or do it, isn’t because it’s a completely ridiculous idea or impossible to do because of the legal and health issues. No. I believe it comes back to the very basics about why we participate and watch sports: It is about ethics, morals and fairness.

In 1987 on BBC Wales (now on YouTube) my former neighbour, mentor, Olympic coach and legendary BBC commentator, Ron Pickering, was interviewed by Cliff Morgan. Ron talked about how precious sport is and why you don’t (shouldn’t) fiddle or cheat in sport because it’s the greatest currency for peace and understanding and good will around the world.

Ron goes on the say: “It (sport) has a moral base born from philosophers and educationalists 33 centuries ago – born with one simple ethic – the ethic of fair play, without that it’s just competition.

"Sport must have the principle of fair play, it must be fair and equal for all."

In 2005 I met Al Oerter, legendary four time consecutive Olympic champion. I was fortunate to get to know him the last few years of his life. He was an inspiration and influence in my life, even before I met him. As we got to know each other, through our various artistic exhibitions and activities, I got an amazing insight into this great Olympic athlete.

So the International Olympic Committee and other sporting bodies really have no choice, they have to fight the good fight. They have to invest in more and better comprehensive drug testing. It is a cost of doing business and it is essential to the survival of sports and the modern Olympic and Paralympic movement."

So has the time come for a Super-Olympics? Should the Olympic motto be changed from “Faster, Higher, Stronger” to “Bigger, Stronger, Faster”? The answer is quite simply is NO!

Let's enjoy the fictional superheroes but keep them contained to their fictitious worlds. Let's keep the real world for our real heroes, where mere mortals can do and accomplish amazing things that are truly inspirational.