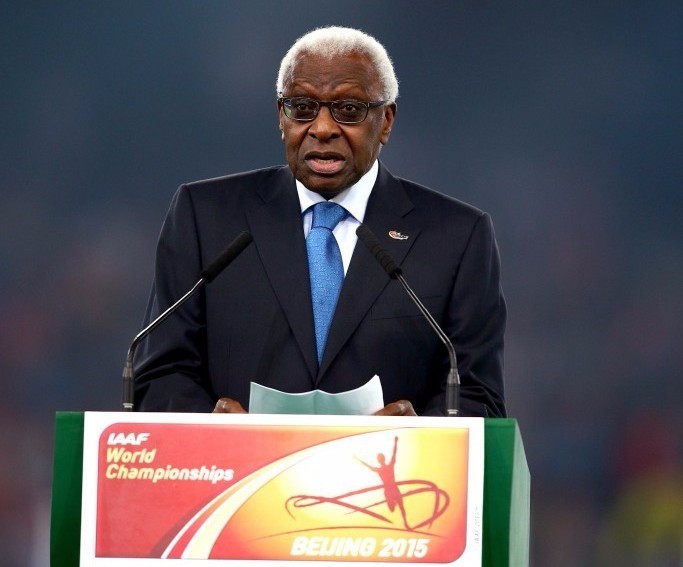 The International Olympic Committee (IOC) has been refused access to emails which allegedly reveal that the disgraced son of former International Association of Athletics Federations (IAAF) President Lamine Diack helped arrange "parcels" for some of its senior members when Qatar's capital Doha was bidding for the 2016 Games.

According to The Guardian, Senegalese Papa Massata Diack, last week banned for life by the IAAF Ethics Commission following allegations of bribery and doping cover-ups, had an exchange with an unnamed Qatari business executive where reference was made to a "special adviser" who the newspaper claimed was his father.

They are all unnamed, but are referred to by initials which The Guardian says correspond with six IOC members at the time.

One "parcel" was reportedly due to be delivered in Lugano in Switzerland by Papa Diack, but it is not known if any of the packages were ever sent or what they would have contained.

The IOC has asked for copies of the e-mails in question but has been turned down by the British newspaper.

"We have asked for any information that the Guardian may have so that we can send it to our Independent Ethics Commission," the IOC said in a statement.

"This has been refused.

The Guardian, however, claimed tonight the IOC have never formally asked them for the emails.

Doha announced a bid for the 2016 Olympics in 2007, and became an official applicant city.

Following assessment by an IOC Working Group, however, which looked into the cities in the race, Qatar's bid was rejected on June 4, 2008, and Doha did not become one of four candidate cities which moved onto the next phase of the process.

Madrid, Tokyo and Chicago were successful, along with Rio de Janeiro which was eventually chosen as host at the IOC Session in Copenhagen in 2009.

The trio, along with former IAAF anti-doping director Gabriel Dollé who was banned for five years, were charged in relation to payments totalling approximately £435,000 ($634,000/€583,000) made by Russia's Liliya Shobukhova, the 2010 London Marathon winner and three-time Chicago Marathon champion, in order to cover-up doping violations.

Lamine Diack, who resigned as an honourary IOC member in November, is the subject of a criminal investigation in France in connection with the allegations.

He was President of the IAAF for 16 years before he stepped down in August and was replaced by Britain's Sebastian Coe.

More serious allegations about doping in athletics are due to be revealed by the second report of the World Anti-Doping Agency (WADA) Independent Commission, which will be published tomorrow in Munich.