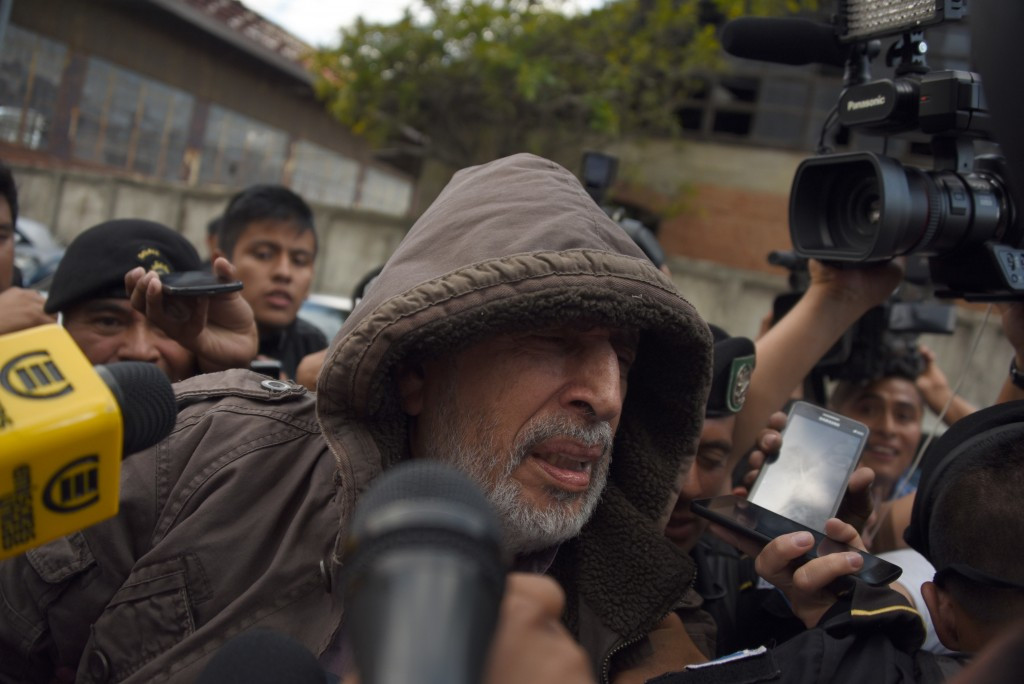 Jimenez had been "on the run" since being one of 16 people indicted by the United States Department of Justice on December 3, but was detained by police at a block of flats in the country's capital Guatemala City.

He is accused, alongside former GFF secretary general Héctor Trujillo, of accepting a six-figure bribe in relation to marketing and media rights for 2018 World Cup qualifiers.

Trujillo, who served as a judge in the Guatemalan Constitutional Court, was arrested in the US when a Disney cruise ship he was on docked in Florida and has already pleaded not guilty to corruption charges at a Federal Court in New York City.

He was also one of the 16 indicted by the American authorities.

Jimenez, who held the GFF Presidency from 2010 until last year, will not appeal extradition attempts to the US, his lawyer said.

"He will prove his innocence in the courts of the United States," Francisco Garcia Gudiel claimed.

According to reports, Jimenez's appearance has changed dramatically from the last time he was seen in public.

He has been photographed with grey hair and a beard when he previously had black hair and was clean shaven.

Numerous officials in the region have been targeted as part of the investigation, largely in connection with marketing and television deals.

The US authorities claim that corrupt deals took place in the country using American banks.

Paraguayan Juan Angel Napout, former head of South America's football governing body COMNEBOL, has denied bribery charges in a US court, as has Rafael Callejas, the former President of Honduras and one-time of head of his country's football Federation.

Another Honduran, former FIFA vice-president Alfredo Hawit, will also face bribery charges in the US, while Uruguayan Eugenio Figueredo, another previous head of COMNEBOL, is accused of pocketing £33,000 ($49,000/€45,000) in bribes per month at a corruption hearing in his country.

Nicolás Leoz, yet another former COMNEBOL President, was arrested ahead of FIFA's Congress in Zurich in May.

Reynaldo Vásquez, the former head of El Salvador's Football Federation, has also been arrested, while José Maria Marin, the former President of the Brazilian Football Confederation, was extradited to the US in November to face corruption charges.

The headquarters of COMNEBOL in Paraguayan capital Asunción were raided in connection with the corruption investigation earlier this month.