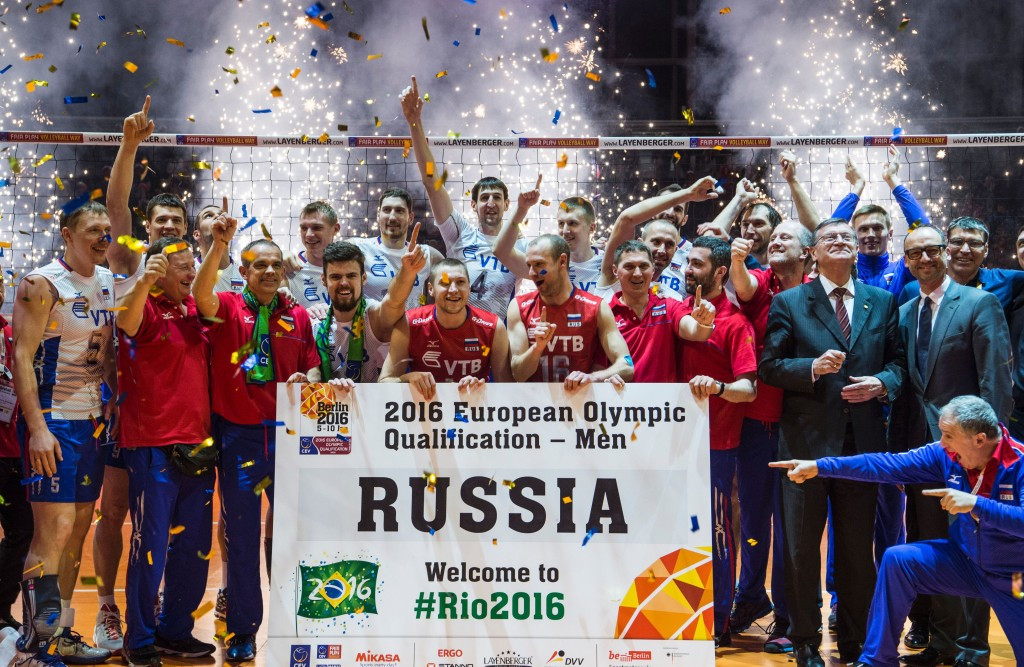 Russia earned the right to defend their title at Rio 2016 after coming out on top in a clash with reigning European champions France at the Men’s European Olympic Volleyball Qualification tournament in Berlin.

The meeting of the heavyweights was eagerly anticipated at the Max-Schmeling-Halle but threatened to turn into a damp squib after France stormed to the opening set 25-14, as they looked to maintain their stunning run of form, which included the International Volleyball Federation (FIVB) World League title in July.

Russia were able to make up for their lacklustre opening set to claim the second 25-16, the first that the French team had lost all tournament.

France, who have not appeared at an Olympics since Athens 2004, were then hoping to get back on track in the third but the set remained in the balance throughout and Russia eventually made the decisive blow, winning 25-23.

After a disappointing 2015, in which the team had poor showings at the World League and at the World Cup, Russia were able to ensure their New Year started on the right note as they claimed the final set 25-21 to wrap up the victory.

“I would like to stress that this tournament was a lot more difficult and competitive than the European Championship three months ago,” said Russian coach Vladimir Alekno.

“Of course I am very happy with the result and also for all players on the team who have worked hard towards this achievement.”

Following their defeat, France will have to claim one of three Rio 2016 places on offer at the World Olympic qualification tournament in Tokyo, due to take place in May.

Poland and hosts Germany were bidding to secure the final European place available at the event in the Japanese capital and their clash lived up to the level of their enthralling five-set match on Friday (January 8).

On that occasion the German team had triumphed and today they twice held a one set lead over their opponents, the 2014 world champions.

It is the first time since Barcelona 1992 that Germany has failed to qualify for the Olympics.

Teams participating in the African Olympic qualifying tournament, meanwhile, have enjoyed a rest day in Brazzaville.

Egypt are scheduled to face Cameroon in the first semi-final tomorrow before Algeria take on Tunisia.