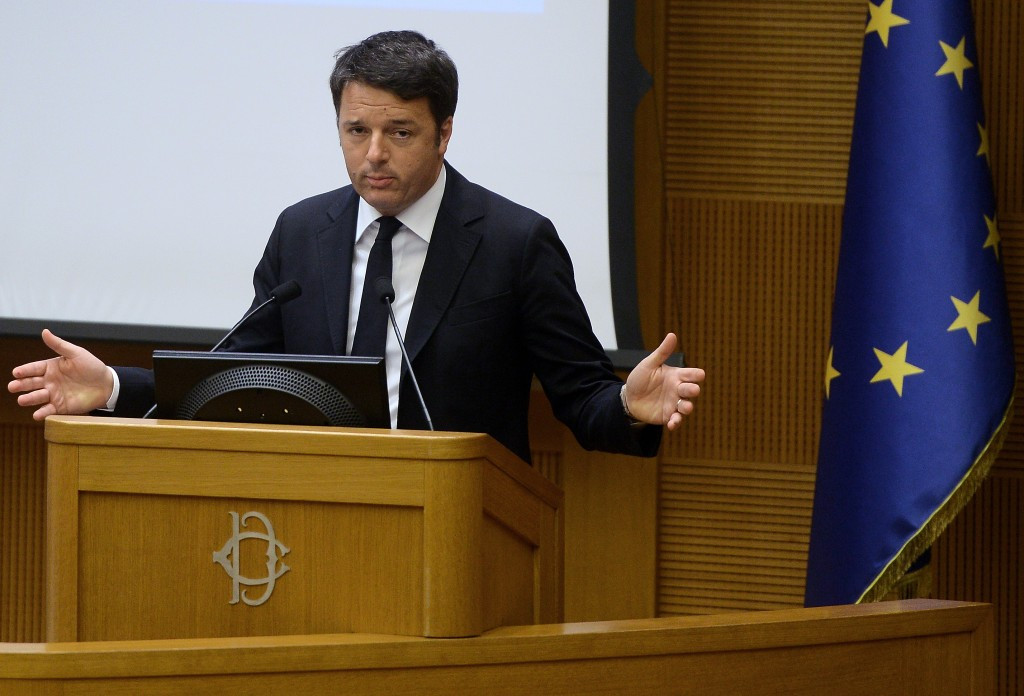 Italian Prime Minister Matteo Renzi has claimed there is no chance of Italy "giving up its dreams" and abandoning Rome's latest bid for the Summer Olympics and Paralympics.

He made the promise ahead of meeting due to take place in Lausanne later this month with International Olympic Committee (IOC) President Thomas Bach, where the Italian capital's bid for the 2024 Games will be top of the agenda.

Former Prime Minister Mario Monti withdrew Rome's bid for the 2020 edition after assuming office in 2012, claiming it was unaffordable at the height of the European financial crisis.

Convincing the IOC that there is no chance for history to repeat itself is key if the Italian bid is to be successful.

Rome, which has not hosted the Olympics since 1960, is up against Budapest, Los Angeles and Paris in a four-horse race for the 2024 Games.

A host city is due to be chosen at the 2017 IOC Session in Lima.

"It's not going to be easy, because we have tough opponents, starting with Paris," wrote Renzi in his weekly newsletter.

"But the idea that Italy can start thinking large again and not give up its dreams anymore - as happened a few years ago with Rome - is a value that I want to defend."

Renzi is due to meet with Bach on January 21 in Lausanne alongside Rome bid leader Luca Cordero di Montezemolo.

The Prime Minister's promise to back Rome's bid came during a national address which also included claiming Italy is now in a "new era" of better economic times and that he vowed the country would become a leading figure shaping the future of the European Union.

Italian politics is famously volatile, however, and if Renzi was to cease being Prime Minister, it is possible his replacement could be less supportive.

This is what happened during the 2020 race, when Silvio Berlusconi, who has recently announced plans to return to politics, was replaced by the less supportive Monti in 2011.

Another potential challenge Rome faces is a growing call for a referendum on whether or not to proceed with the 2024 bid.

A website set-up last week by the Italian Radicals Political Party, accompanied by a dossier entitled "Roma 2024: A very risky bet", called for a public ballot

Rome 2024 deputy chairman Luca Pancalli has claimed they are not worried about calls for a referendum as they are already canvassing local opinion.

insidethegames understands that having signatures from one per cent of the city's residents, around 30,000 people, will be enough to force a referendum.

A referendum in Hamburg in November led to Germany dropping its bid for the 2024 Olympics and Paralympics after local citizens narrowly voted against backing it.