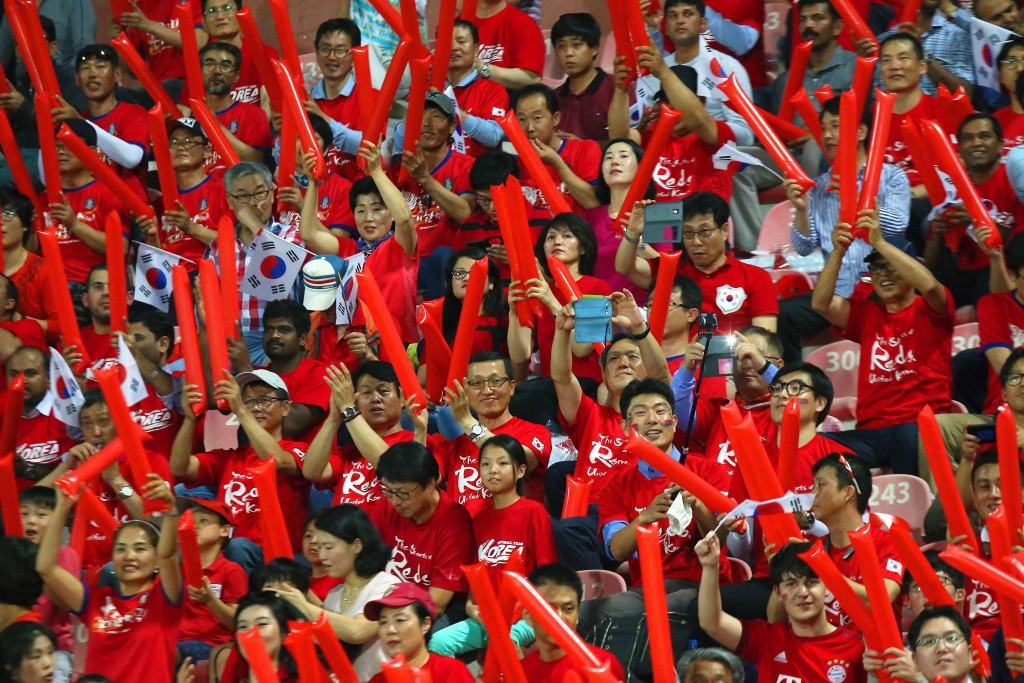 South Korea has entered the race to host the 2023 Asian Cup after the Korea Football Association (KFA) announced it had submitted a letter of interest to the Asian Football Confederation (AFC).

The country, which co-hosted the 2002 World Cup with Japan, is hoping to stage the quadrennial event for the first time since 1960, when the two-time winners last claimed the title.

The AFC is expected to choose a winning country at its Executive Committee meeting in 2017.

“Although the deadline to submit the letter of interest was March 31, we wanted to take care of it early to demonstrate our strong willingness to stage the competition,” the KFA said in a statement.

“We will hand in our formal bid sometime in the first half of next year.”

South Korea were runners up at the last edition of the tournament in Australia in 2015, the first-ever Asian Cup to be held outside of Asia, as they suffered a 2-1 defeat after extra time to the hosts in front of over 76,000 people at Stadium Australia in Sydney.

The country is due to stage the Under-20 World Cup in  six cities and the KFA hope to use the 2023 tournament to enhance the popularity of the sport in South Korea.

The nation has shown a strong interest in staging major sporting events in recent years, with the Under-20 event coming a year before Pyeongchang becomes the first-ever South Korean city to host the Winter Olympics and Paralympics.

The KFA announcement came follows China revealing  their intention to bid for the 2023 Asian Cup.

China last hosted the tournament in 2004 when they were beaten 3-1 in the final by Japan.

The decision to launch a bid comes after President Xi Jinping called on the country to set a goal of hosting and winning a World Cup, even though they have only qualified for the tournament once, in 2002.

The Asian Cup is the second oldest continental football championship in the world after the Copa América.

The next edition of the competition takes place in 2019 and will be hosted by the United Arab Emirates, which is due to feature 24 countries playing matches at six stadiums in Abu Dhabi, Al Ain and Dubai.

China had originally planned to bid for the tournament but in the end withdrew, leaving the AFC to choose the UAE ahead of Iran.