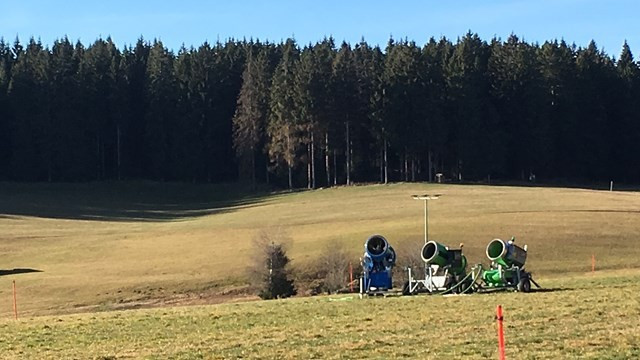 A number of upcoming International Ski Federation (FIS) World Cup events across the various disciplines have been cancelled and amended due to unseasonably warm weather in Central Europe and North America, the sport’s governing body has announced.

The Ski Cross World Cup competition in Watles, Italy, due to take place on January 9 and 10 has been cancelled due to persistent high temperatures and a complete lack of a snow base.

It would have been the first time the Italian resort had ever staged a Ski Cross World Cup event and was scheduled to be the opening competition in the discipline to be held in 2016.

The warm weather and lack of snow also put paid to the Freestyle Skiing World Cup moguls and aerials competitions in Lake Placid, scheduled to be held from January 14 to 16 in the two-time Winter Olympic host resort.

There are no plans to hold the event elsewhere, according to the FIS, with the next scheduled moguls competition coming on January 23 in Val Saint-Come, Canada, while aerials is due to be be staged on February 5 in Deer Valley, the United States.

Lake Placid has appeared on the FIS World Cup calendar every year since 1985 except in 2007.

“Difficult weather situations are a part of our sports and ORDA has done everything in its power to try and prepare the World Cup sites.

“We appreciate those efforts and commitment to our event partnership and look forward to returning in the future.”

The FIS Nordic Combined World Cup in Schonach, Germany, due to take place on January 9 and 10, has also been called off, which followed the earlier cancellation of the event in the same discipline in Klingenthal, scheduled for January 2 and 3.

Other affected events include the men’s and ladies’ slalom races, part of the Alpine Skiing World Cup, originally scheduled for Zagreb on January 3 for the men and January 6 for the women, but will now be held in Santa Caterina, Italy on January 5 and 6.

The Alpine Skiing World Cup ladies downhill and super-G races on January 9 and 10 in St Anton, Austria, have been switched to Zauchensee.

The downhill event, due to take place on January 9, will be altered to a sprint format and will feature a shorter course over two runs.

The programme for the FIS Tour de Ski stage in Oberstdorf in Germany has also been changed to accomodate the difficult weather as a 1.2 kilometres sprint classic event will be held a day earlier than planned on January 5.

On the following day, there will be a mass start classic 10km women's race and a 15km men’s competition instead of the skiathlon.