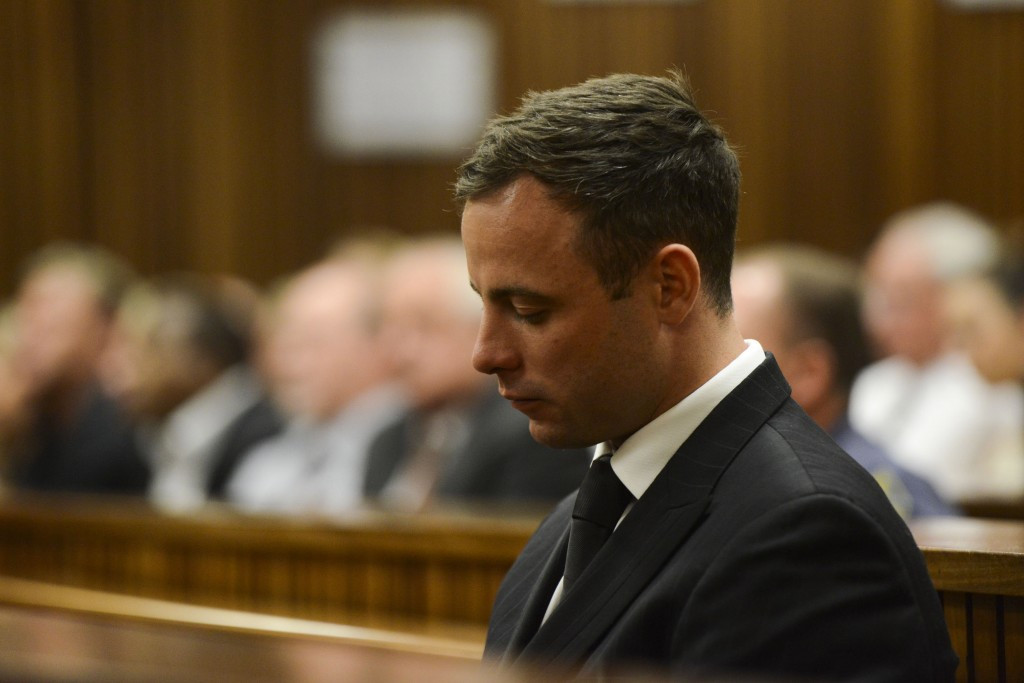 Oscar Pistorius has been found guilty of murdering his girlfriend Reeva Steenkamp after a South African appeals court overturned a culpable homicide verdict.

The six-time Paralympic gold medallist will now be re-sentenced by the original court and faces a minimum of 15 years in jail.

Pistorius killed Steenkamp on Valentine’s Day in February 2013 after shooting her four times through a locked toilet door.

Reading the ruling reached by a panel of five judges, Justice Lorimer Leach said the South African athlete must have foreseen that firing into the toilet would have killed whoever was inside.

Pistorius did not attend the hearing at the Supreme Court of Appeal in Bloemfontein and is currently under house arrest at his uncle’s lavish home after spending one year of his original five-year sentence in jail.

The double amputee was released from prison on October 19 having been eligible under the South African law of "correctional supervision".

He claims he accidentally shot dead Steenkamp after believing there was an intruder in his house, but the judge said that the identity of the person behind the door was irrelevant.

Justice Leach rejected the argument that Pistorius had acted in self-defence and compared his act to someone setting off a bomb in a public place without knowing who the victims might be.

The Supreme Court of Appeal ruled that in the original trial, Judge Thokozile Masipa did not correctly apply the concept of dolus eventualis - meaning the act was carried out knowing it would lead to death and the accused went ahead anyway - and that the verdict was "confusing and flawed".

If Pistorius' lawyers can argue that his constitutional rights have been violated, their client can challenge the ruling in the constitutional court.

Steenkamp's mother, June, was present at the hearing and remained silent as the decision was read out.

Reacting to the decision, Steenkamp's father, Barry, told reporters he was "satisfied with everything now".

"I would hope to God that all of this could have been prevented, but seeing that it has been done, let us now all get on with our lives," he said.