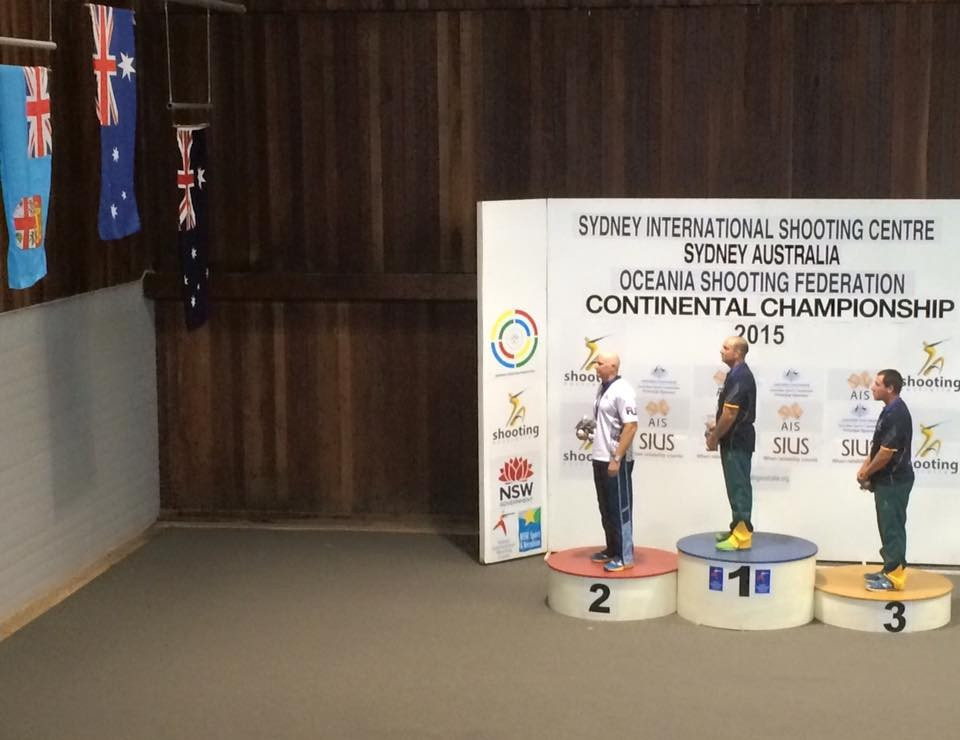 Three-time Commonwealth Games champion Adam Vella overcame a 52-year-old Fijian opponent to win the men's trap final on another day of Australian domination at the Oceania Shooting Championships in Sydney.

Vella, 44, who also won an Olympic bronze medal at Athens 2004, overcame veteran opponent Glenn Kable in a closely fought final in which the two marksmen had a combined age of 96.

Both were winning medals well before the birth of Australia's 18-year bronze medallist Jack Wallace.

“I felt a bit unsettled in the semi, and didn’t get the start I wanted," said Vella, who also secured a Rio 2016 quota place, afterwards.

"I just had to focus on my shooting instead of everyone else’s and reset and go for gold.

"I’m happy now, so I can relax and have a good Christmas.

“I’m also happy to have won the Championship, Glenn beat us last time around and I wanted to get one back on him."

It was another Australian, third-place finisher Fred Woodhouse,however,  who received the quota place due to both Sampson and Taylor having already secured one.

Teenager Chris Summerell collected the quota in the men's 10m air pistol, having been the only Australian athlete to have shot a minimum qualifying score (MQS) in the qualifying round.

The 19-year-old finished third in the final behind compatriots Blake Blackburn and Daniel Repacholi.

Australia's even-times Commonwealth Games champion Lalita Yauhleuskaya, winner of an Olympic bronze medal at Sydney 2000 when she competed for Belarus, gained the final quota place of the day by virtue of her victory in the women's 10m air pistol.

Susannah Smith added to the perfect day for the host country by claiming the women's 50m rifle prone spoils, with Sally Johnston and Jenna MacKenzie securing another Kiwi 2-3.

The Championships are due to resume on Tuesday (December 1) following a rest day tomorrow.